If additional federal aid is given, it should come with strings attached that help Canada’s oil and gas sector become more resilient to price shocks and to support its transition to a low-carbon economy. 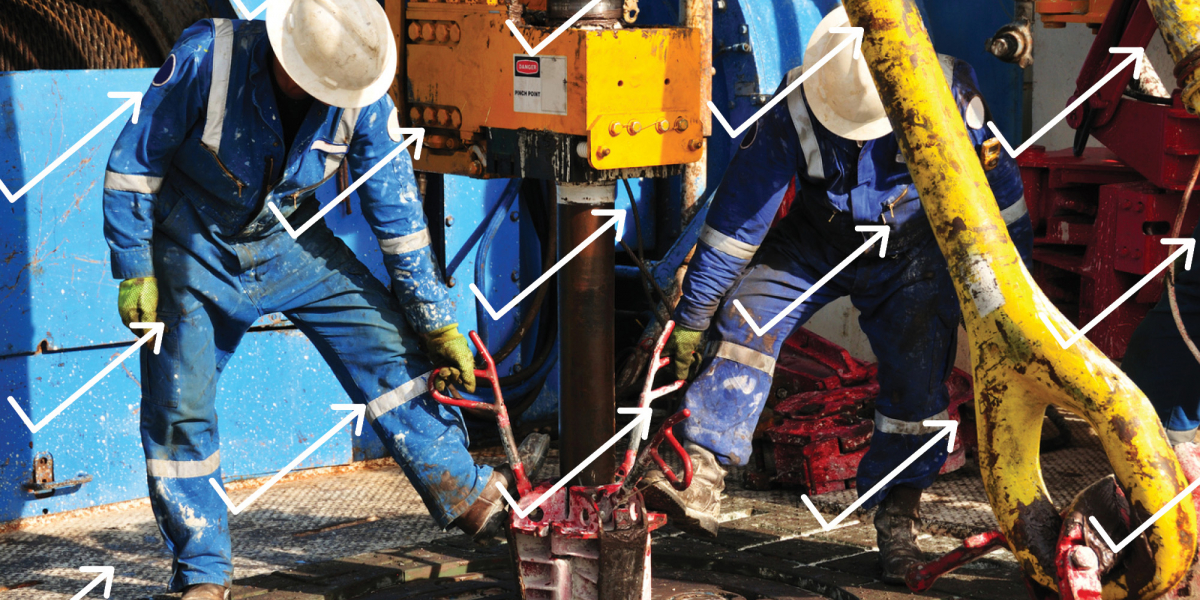 Want to receive the latest analysis and insights on smart stimulus for a
resilient economic recovery? Sign up for our monthly updates here.

Canada’s oil and gas sector has had a tough 2020. The combination of slumping demand and an oil price war resulted in the price of a barrel of Canadian oil turning negative earlier this week. These dynamics have led the sector to cry out for assistance.

The recent move by Canada’s federal government to provide $1.7 billion in support was good policy. The funding will help to quickly create jobs cleaning up orphan and inactive wells, and support investments in off-the-shelf technologies to reduce methane emissions. This is smart stimulus: it helps create energy-sector jobs while aligning with Canada’s climate and broader environmental goals.

However, it likely will not be enough. Additional federal aid has been called for to help companies cover liquidity shortages. If it is given, it should come with strings attached that help Canada’s oil and gas sector become more resilient to price shocks and to support its transition to a low-carbon economy.

The risks of a blank cheque

Oil-producing provinces and companies have noted in recent days that they face severe cash shortages. Although all welcomed the federal support package, which included expanding a credit program to support medium-sized energy companies, they noted more would likely be required in the coming weeks.

Provincial governments have taken daring measures to support the sector. Alberta’s recent equity investments and loans to build the Keystone XL pipeline totalled $7.5 billion, and were followed contentiously by placing holds on reporting requirements for several environmental regulations. Saskatchewan’s relief measures include lowering corporate levies by 50% for the year, extending mineral rights and providing $11.4 billion to support short-term liquidity. The Canadian Association of Petroleum Producers, a lobby group, insists that the federal government purchase assets from unprofitable producers, and defer changes to existing and upcoming federal environmental regulations like the carbon price.

But there’s a fine line between supporting workers in an industry that’s hurting and undermining Canada’s broader progress towards a stronger, cleaner economy. Delaying regulations or removing compliance requirements counts as the latter. Government investment or relief cannot push Canada off the trajectory needed to meet its 2050 net-zero-emissions goals. However, there are mechanisms the government can use to support the struggling sector that could simultaneously advance economic and climate goals.

One way for government to fill cash shortages without reducing future economic resilience or compromising its environmental targets is to attach conditions or obligations to financial supports, known as conditionality. These conditions can take a few forms:

1) Terms can require companies to make changes before financing is approved and received;

2) Terms can attach specific, measurable conditions, which are often future performance requirements or benchmarks, in exchange for receiving support or to receive more favorable loan terms;

3) Placement of limitations on the use of loans, debt relief or aid to ensure they are only used for a particular purpose;

4) Companies can be bailed out and in return, accept future regulatory action within their industry. This is a form of indirect conditionality because it is typically not included as a condition within the terms of agreement.

There have been a few examples of green conditionality in bail-out packages. The US auto sector received an $80 billion bail-out in 2008-2009 was paired with new fuel efficiency requirements for vehicles. Austria has discussed tying upcoming airline sector bailouts to conditions including reducing short-haul flights and heavier use of eco-friendly fuels. However, the idea has been floated speculatively far more than it has been implemented in practice.

Can oil and gas go green?

No state or country has intentionally attached green conditions to fossil fuel sector bailouts. Governments who have supported their resource sectors during this crisis have opted to do so using non-conditional supports. South Australia’s government has allowed companies to defer petroleum license fee payments until 2021. Some major oil producers, notably Norway, have not targeted specific supports to their resource production sectors at all, but have instead opted to provide coverage to workers under general support packages.

If Canada were to attach green conditions to future oil and gas sector supports, it would be a pioneer in doing so. Each of the forms of conditionality outlined above could be applied to future sector supports.

Here are eight conditions that the federal government could attach to its support for the oil and gas sector to ensure it supports Canada’s transition to a stronger, cleaner economy.

Make changes before supports are given

1) Require that any firm with production assets in Canada to develop a plan to reach net-zero through their Scope 1, 2 and 3 emissions from domestic operations by 2050. This would build on announcements by CNRL and Cenovus, and follow the ambition of companies like Shell and BP.

2) Agree to pay a “Skills training Levy” that would be used to support low-carbon skills training programs at Canadian technical colleges, trades schools and universities. This would be comparable to existing Orphan Fund Levies, would need to be administered in collaboration with the provinces, and could support broader labour transition objectives. Skills training could train future geothermal well-drillers, carbon-capture engineers and pipeline welders, electricians and operators who will construct, operate and maintain zero-carbon compatible infrastructure.

4) Require an increase of industry funding to Orphan Well Associations to clean-up existing orphan well. This will help ensure reclamation does not substantially decline once promised federal support has been used. Additionally, well clean-up funding should be tied to a condition that all clean-ups conduct assessments on the potential of reclaimed wells to support the storage of carbon captured from CCUS technologies, or to generate electricity from geothermal. This would lower administrative costs of future assessments and support more productive uses of reclaimed assets in future.

Place limitations on the use of funds

5) Require that any new investments in transmission or distribution infrastructure for liquid and gaseous fuels be invested in transportation technologies compatible with shipping 100% hydrogen or ammonia. This would make any new infrastructure investments net-zero compatible, support investment in domestic clean technology and reduce the risk of asset write-offs in the coming decades.

6) Mandate that a minimum percentage of new capital investment be dedicated to deploying low-carbon and resource-efficient solutions and technologies throughout their operations, such as geothermal well drilling, electricity co-generation facilities, methane reducing technologies and practices, and post-combustion carbon capture and storage.

7) Agree to support an increase of the federal carbon pricing benchmark by $20/tonne annually from 2022 to 2030, line with analysis conducted by Canada’s Ecofiscal Commission. This would result in a $20/tonne increase annually, starting in 2023 and culminating in a carbon price floor of $210/tonne nationally by 2030. This would offer policy certainty to businesses currently planning investment decisions and is a lower-cost approach to meeting the country’s 2030 emissions reduction target.

8) Agree to a regulatory requirement that any negative environmental impacts on conservation, species at risk and biodiversity within all operations be offset by a minimum of a 4:1 benefit-cost ratio. This could be supported through federal and provincial offset markets.

Canada’s resource production sector is one of the nations’ largest economic subsectors but faces an increasingly uncertain future in a lower-carbon world. Economically, diversification is a smart strategy that support Canada’s transition to a stronger, cleaner economy. Attaching these conditions to supports can help increase our economy’s resilience to oil market volatility and train Canadian workers in the domestic industries of the future. The federal government should make sure any cheques that get cashed moving forward are used to finance a cleaner, more resilient future.