The end of carbon tax politics? & Sucking climate change out of the air 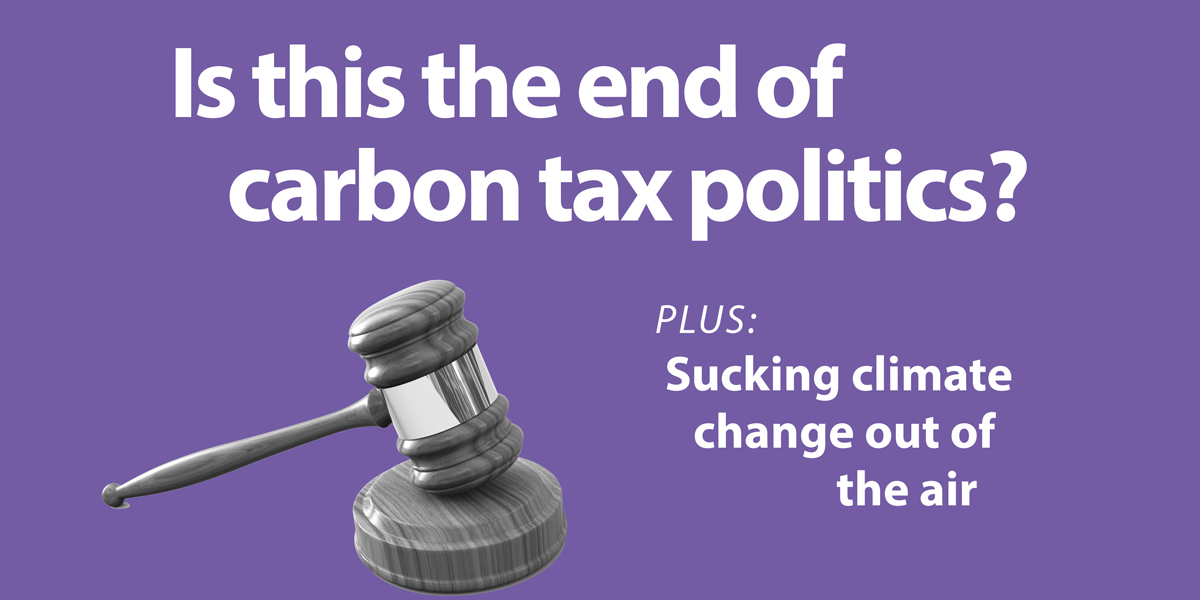 1. Is this the end of carbon tax politics? [min 1:08]
Last week, the Supreme Court ruled in favour of the federal government’s right to enforce a minimum price on greenhouse gas emissions. Four political insiders and one lawyer that argued the case consider the ramifications.

2. How close is “carbon removal” to reality? [min 9:45]
World-leading expert, Dr. Jennifer Wilcox, shares the price tag for removing carbon from the air, and what needs to happen for costs to come down. And then a Canadian carbon removal innovator shares his excitement.

Links:
- Check out the Report

Links:
- Read the blog on the “5 Other Things Happening in the Green Economy This Week”

Have feedback on this episode? Ideas for future episodes?

Back to Podcast Main Page