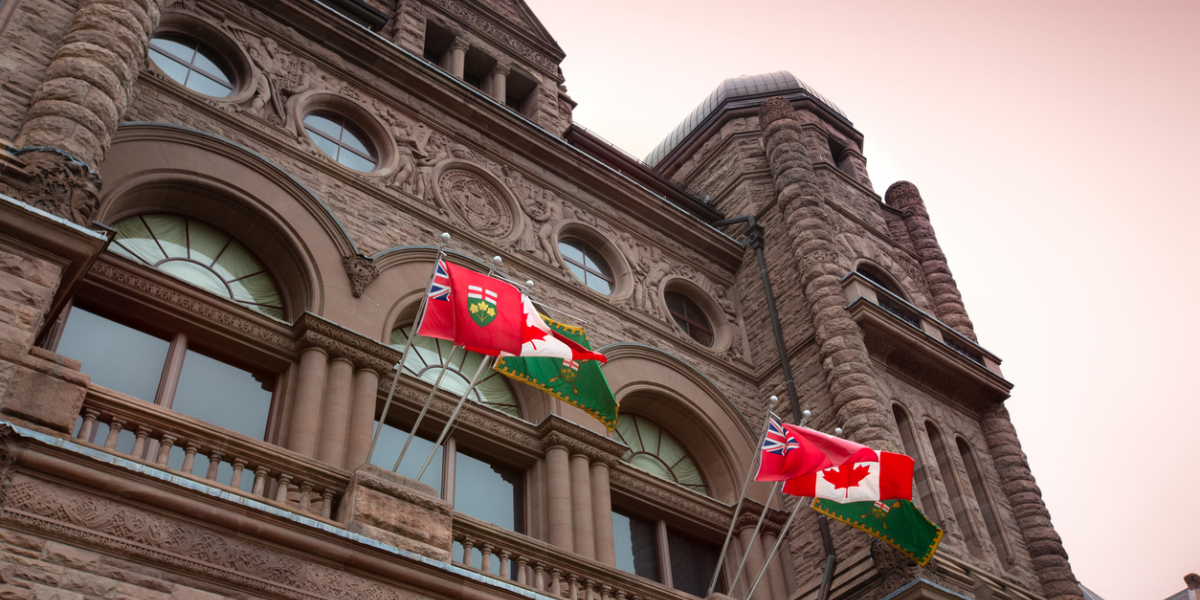 In today’s budget, titled Ontario’s Plan to Build, the Ontario government is attempting to craft a story about the future of the province’s clean economy which emphasizes manufacturing, centred around the automotive sector. What is noteworthy is not so much the policy approach as many of the initiatives predate the Budget. Rather it is the attempt to centre the clean growth story around manufacturing and the attempt to bring together sectoral clusters from different regions of the province into a cohesive clean growth narrative.

Governments will typically put what they see as their most pressing issue front-and-centre, to send a signal that they are in touch with the needs and concerns of the public. For the federal government, this issue was housing, whereas the province chose economic growth, naming their Chapter 1 – Section A as Rebuilding Ontario’s Economy. The first two sentences of the first section of the first chapter of the Budget begin as follows:

Every day, Ontario is getting stronger. Critical minerals in the North, including from the Ring of Fire, will become part of the future of clean steel, batteries, and hybrid and electric vehicles as the next generation of automobiles are built in Ontario, by Ontario workers, and sold across North America.

If that was not enough to signal that electric vehicle manufacturing was a top priority for the government, the first chart in the budget links together four regional clusters: mining in Northern Ontario, steelmaking in Hamilton-Niagara, auto assembly in southern Ontario, and battery manufacturing in Windsor, as part of a larger EV automotive story. 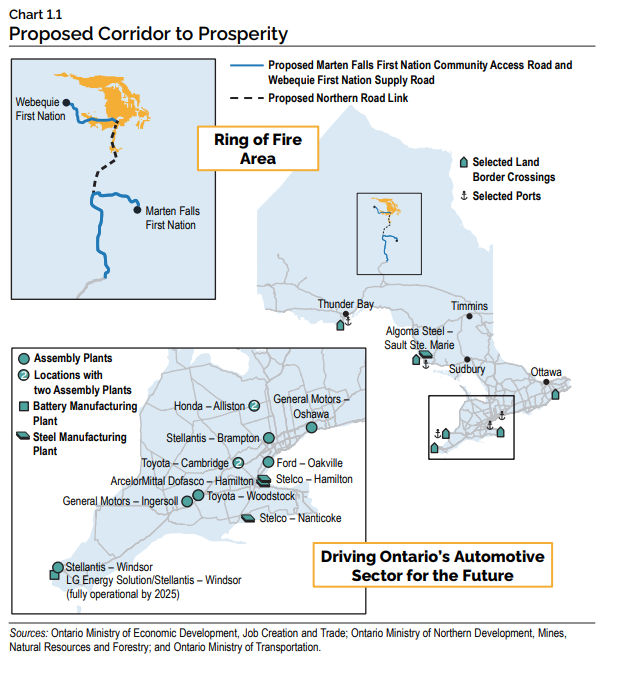 Much of the policies are not new, as Ontario’s Critical Mineral Strategy was released in March 2022, and Phase 2 of Ontario’s Automotive Plan was released a few months prior in November 2021, which contained the goal to “[build] at least 400,000 electric and hybrid vehicles by 2030”. While the Budget indicates the desire to foster “the development of home‐grown supply chains, creating the next generation of products and returning Ontario to its rightful place as the workshop of Canada”, it lacks detail on how these four sectors will be coordinated into a unified supply chain and the bottlenecks to doing so for a product as complex as an electric vehicle and in a world of global supply chains.

However, that should not be taken to suggest that the Budget is wholly lacking in policies to enhance this vision. Included in the budget are related supporting policies such as:

While these policies only scratch the surface on what needs to be done to advance Ontario’s clean manufacturing sector, it is heartening to see the Ontario government put a clean growth story, that spans the province, front-and-centre in Budget 2022.