The Indigenous conservation economy is gaining traction for both environmental stewardship and local economic development. 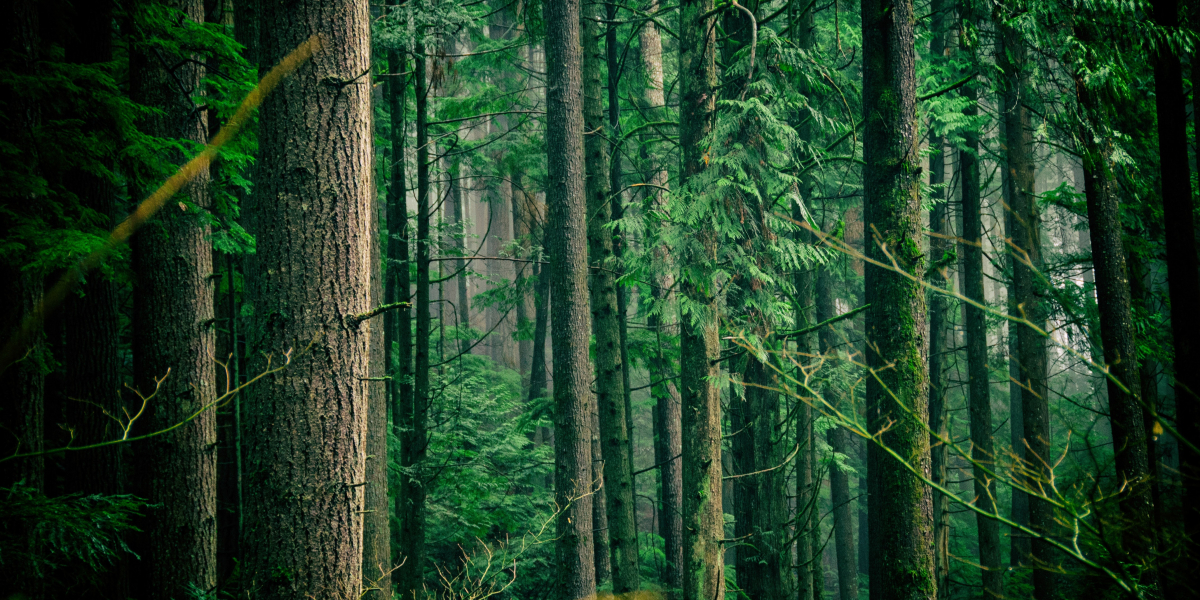 The Indigenous conservation economy is gaining traction for both environmental stewardship and local economic development. In Canada, these efforts build outwards from a surge in interest and action promoting Indigenous leadership in the creation and management of protected and conserved areas. This includes groundbreaking work being done at the national-level by organizations like the Indigenous Leadership Initiative, Nature United and MakeWay, as well as by Indigenous and non-Indigenous governments. Together, this work reflects a recognition that conservation needs to be rooted in Indigenous knowledge and governance practices, and anchored in Indigenous Peoples’ assertions of their rightful roles as stewards of their traditional territories. Sustained advocacy in this direction, along with Canada’s adoption of national biodiversity targets aligned with international goals set out under the Convention on Biological Diversity, led Ottawa to convene the Indigenous Circle of Experts (ICE) in 2017. The ICE 2018 report, We Rise Together, charts a path towards aligning conservation and reconciliation agendas. To move along this path, the report calls for new funding models that will not only support protected area establishment and management, but will also spur efforts to build opportunities for economic diversification in the conservation arena.

The federal government’s August 2019 announcement of new federal funding for conservation projects, and its commitment in April 2021 to provide new federal funding for Indigenous-led conservation constitute partial responses to the ICE report. These announcements also provide a boost to ongoing Indigenous-led protected areas negotiations and establishment across the country. Meanwhile, other funding and training resources have become available in the non-profit and philanthropic sector. For instance, Nature United’s Blueprint for Action on conservation financing charts a number of ways that Indigenous Peoples can secure or generate the financial resources needed to advance their conservation agendas.

Where work remains to be done

Despite these favourable signs around funding solutions to support Indigenous-led conservation, there is an urgent need to consider conservation economies more holistically. As described by ICE Co-Chairs Eli Enns and Danika Littlechild in their Foreword to the We Rise Together report: “Since time immemorial, Indigenous Peoples in Canada have been diligent and ingenious cultivators of biological diversity through advanced economic practices that were founded on natural law”. Taking this holistic view provides an opportunity for Indigenous Peoples to re-examine their complex relationships with prevailing economic practices. Arguably, this re-examination can be supported by efforts to rethink the broader Canadian and global economies, including building blocks for circular economies that can protect the earth’s biosphere alongside new kinds of human prosperity. Interest in financing for Indigenous-led conservation is already linked to a wider conversation around conservation financing and conservation markets. For instance, this is explored in Smart Prosperity Institute’s recent report, Invest in Nature: Scaling conservation finance in Canada for a nature-smart economy. Nevertheless, that conversation has yet to engage more deeply in the challenges of decolonizing approaches to conservation and decentering the economic system that has perpetuated the expansion of often-destructive resource extraction activities into lands and waters that Indigenous Peoples have stewarded and depended upon for millennia.

Where our research fits in

Our research starts from the assertion that a circular economy or a nature-smart economy needs to centre Indigenous territorial rights, land-based livelihoods, knowledge systems, and governance practices. In addition, we argue that Indigenous relationships with the land and water offer already-existing alternatives to the infinite growth expectation of the Western economic model, with its increasingly untenable impacts on the planet and growing wealth disparities within and between human societies. Indigenous conservation economies point us toward pathways focused on repairing the environmental impacts of human activity and simultaneously elevating human rights and dignity.

Groundwork for this transformation already exists

This research program builds on previous work that has already set the stage for a paradigm shift. For instance, in her previous role as special representative to the Minister of Indigenous and Northern Affairs, Governor General Mary Simon used the term "conservation economy" in her 2017 report titled, A New Shared Arctic Leadership Model. Developed in close consultation with Inuit and other Indigenous inhabitants of the region, the report has since supported the development of policies and protected area establishment built around Indigenous lifeways. As Simon argues, “Maintaining healthy coastal and marine habitats is critical for food security, cultural continuity and increased economic opportunities …”(p. 19).

Further to Simon’s argument, we suggest that Indigenous-led conservation can contribute to a wider potential for regenerative economic change. In her book, Indigenomics: Taking a Seat at the Economic Table, Carol Anne Hilton outlines a cultural shift progressing toward the elements of an Indigenous economy as “a new world of thinking—where economics, productivity, development, progress and prosperity are aligned with human values from an Indigenous perspective” (p. 11). This vision not only foregrounds the resurgence of Indigenous identity and autonomy, but it also suggests that Indigenous-centred economies may have much to teach the rest of the world about alternative economic systems. The diverse economies framework, associated with the research of J. K. Gibson Graham and the Community Economies Research Network, opens ways of decentering capitalism by reframing our current mode of production and placing it alongside other forms of economy. These alternate forms of economy are prevalent but often rendered invisible by dominant economic orthodoxies. Indigenous economies, rooted in relationships of care and reciprocity with the land, are among these often-invisible alternative economic practices and systems.

How our research will contribute to advancing this conversation

Our research will engage concepts like ‘natural capital’ and ‘circular economy’ alongside Indigenous concepts around land stewardship, zero waste, inter-species reciprocity and seven-generation thinking. Despite different languages and philosophical underpinnings, we point to synergies that are being highlighted by research on this topic from other parts of the world, like in New Zealand-Aotearoa. Building on such synergies, our small team of researchers will document Indigenous perspectives on the links between Indigenous worldviews, traditional land-use practices, nature conservation, and economic development, seeking ways of respectfully translating between Indigenous and Western concepts and practices. Our team will conduct this research in consultation and collaboration with Indigenous communities and governments within the scope of research relationships built by its primary investigators, currently concentrated in the Northwest Territories, Northern Ontario, and Northern Quebec.

Ultimately, we hope that this research will form the basis for a novel approach to measuring the impacts of Indigenous-led conservation across the interlinked well-being of land and people, and for a conceptual model and toolkit for building mutually reinforcing capacity between Indigenous and non-Indigenous actors to advance self-sustaining conservation economies. As scholars, we seek to contribute to broader efforts to decolonize conservation research and practice, in line with efforts like those of the Conservation through Reconciliation Partnership. As practitioners, we aim to produce outcomes that our own community partners will find meaningful, in light of their own conservation and economic development challenges and aspirations.

This project, titled “Centering Indigenous Approaches in the Conservation Economy”, was funded in part by the Economics and Environmental Policy Research Network (EEPRN) and the Greening Growth Partnership, with funding awarded through Smart Prosperity’s 2021 Call for Proposals. Further details of this and other funded projects are available here.