Election 2021: A Comparison of Climate Policy in Federal Party Platforms

How party platforms compare on promises regarding greening the economy. 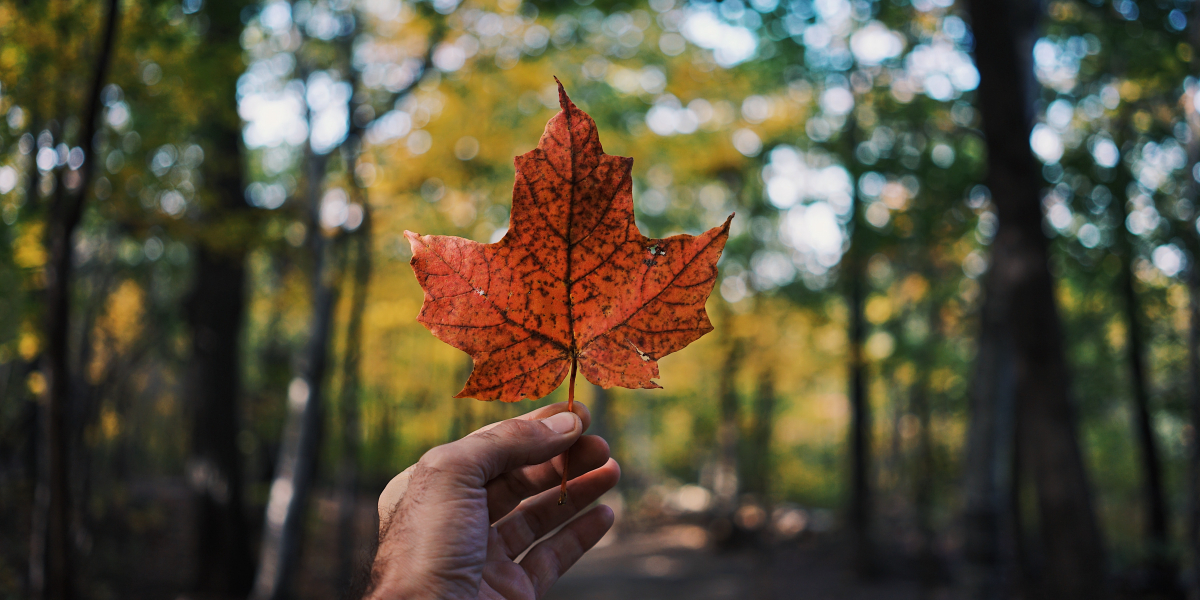 Smart Prosperity Institute is non-partisan and does not endorse any political party.

Canada's Conservatives, Liberals, and NDP have now released their platforms for the 2021 federal election to include a plan on how their governments would tackle the climate crisis. Encouragingly, several areas of pan-Canadian climate consensus appear in all platforms, specifically on carbon pricing, carbon border adjustments, plastics, and commitment to 2030 Paris targets. Despite some consensus, however, key differences in approaches stand out. In this blog, we provide an analysis of what is in - and what is out - in the Conservative, Liberal, and NDP party platforms, with a focus on emissions targets, climate industrial strategy, clean export strategy, zero emission vehicles, conservation and natural infrastructure, carbon pricing & border carbon adjustments, the circular economy, and just transitions and environmental justice.

Climate policy should not just be examined through the lens of emissions reductions; considerations around long-run economic growth are vital. Any credible climate policy must create the conditions for economic success in an increasingly low-carbon world.  All three parties have promoted some form of public intervention to develop industrial sectors they view as key to Canada’s economic prosperity.

The Liberals have pledged $8 billion to a net-zero accelerator to make strategic investments in domestic net-zero firms.  In the last budget the Liberals also announced their intention to create an investment tax credit for new carbon capture, utilization, and storage (CCUS) projects, as well as new hydrogen projects to crowd in investment into these sectors. The party also placed a specific bet on the extraction of battery minerals, committing $36.8 million in the last budget to build up production and refining capacity.  The list of clean technologies eligible for an accelerated capital cost allowance under the most recent budget was extended to include hydrogen production and re-fueling equipment.

Though policy details are unreleased, the NDP has committed to establishing a national industrial strategy to build up a low-carbon manufacturing sector in Canada.  The party platform has also highlighted a strategy focused on procurement to develop the clean sector. More than the other parties, the NDP aims to use the purchasing power of the federal government to grow sectors such as biofuels, batteries, and other energy storage.

The Conservatives have set their sights on small modular reactors as a sector for development, pledging a billion dollars to help research and deploy the technology in Canada.  CCUS is also a high priority for the Conservatives with 5 billion earmarked to support research and development in the sector, part of which will be from a proposed CCUS project tax credit.  To promote the bioenergy-economy, the Conservatives also plan to make the use of wood waste and agriculture waste streams eligible for carbon credits, where carbon neutral.

Canada is an economy highly dependent on international trade, so our economic transition will require producing the clean goods and services in demand from the rest of the world.

In the last federal budget, the Liberals have committed $21.3 million over 5 years to help Global Affairs Canada promote the export of Canadian cleantech. The Conservatives emphasize boosting the liquified natural gas (LNG) sector (nominally to displace coal), as well as promoting the export of Canadian uranium and nuclear technology. Contrast this with the NDP, who would promote Canada’s forestry sector, and improve market access for added-value wood products, as an export-oriented climate-aligned growth area.

All three parties agree on the importance of Canada’s aluminum sector. The Conservative platform highlights the potential that Canada has to export low emissions intensity aluminum abroad, while the NDP focuses on the potential for import substitution in government procurement. In late June, the Liberal government announced a $20 million investment in ELYSIS to research and commercialize zero-carbon aluminum.

Greater funding for a clean export strategy - and identification of more sectors that would be areas of competitive advantage for Canada in a net-zero world - is required by all parties.

Improving the manufacturing capacity for clean auto technology in Canada, as well as the domestic market for such technologies, is a key goal of all parties.

Setting a ZEV target is not enough; policies are required to achieve that target. The Conservatives propose investing a billion dollars into increasing the national production of ZEVs. The Conservatives also plan to utilize the procurement budget of the Canadian armed forces to promote the development of renewable fuels in Canada through initial procurement pilots.

The NDP are proposing to waive federal sales tax on ZEVs and incentivise the sale of made-in-Canada ZEVs with up to $15,000 in funding, per made-in-Canada ZEV, to help achieve this target. The Liberal commitment of a tax incentive of $5,000 to purchasers of ZEVs also remains unchanged from the last federal budget as well as the $1.5 billion committed to a clean fuel fund to accelerate the domestic deployment and production of ZEV fuels (especially hydrogen).

Given the added stresses of climate change, research is increasingly setting the conservation of 50% of land and ocean areas globally as the only way to maintain viable biodiversity and ecosystem goods and services.

None of the parties would get us there, but some are making larger commitments than others. The NDP is promising to preserve 30% of Canadian land areas, fresh, and ocean waters, by 2030, whereas the Liberals have a commitment to 25% conservation of land and water by 2025 and have previously stated a non-binding target to move towards 30%. The Conservatives have re-committed to protecting 17% of land areas, with the ambition of reaching 25%, though a timeframe is currently lacking for both.  This year’s budget earmarked $2.3 billion in funding to achieve the government's current conservation targets.

Building and supporting natural infrastructure is another key approach to mitigating climate change, and creating value for society, and one that SPI has supported.

The last federal budget set aside $200 million to go towards a Natural Infrastructure Fund which will support the deployment of green and hybrid green/grey infrastructure.

Perhaps the most encouraging development of the 2021 election, and one the Smart Prosperity Institute has long been engaged in, is that carbon pricing has become a Canadian cross-partisan consensus.  All major parties have committed to some form of carbon pricing in their platforms.

The Conservative platform has made its pitch for a carbon pricing system with an initial price for consumers and small businesses of $20 rising up to $50 by 2030. Instead of a tax return, all funds would be delivered to Canadians and small businesses through a Low Carbon Savings account.  The Conservative plan also contemplates, but does not commit to, a carbon price of $170 per tonne for industrial emitters by 2030.

The Liberals have held to the carbon pricing plan they released at the end of last year with a carbon price rising to $95 per tonne by 2025 and $170 by 2030. The NDP proposes to continue the existing policies of the Liberals but to price in more emissions from industrial emitters under the output based pricing framework.

All three platforms all provided significant attention to improving the circularity of materials flows in sectors such as e-waste and plastics.

The Conservative Party will focus on improving lithium battery repurposing and recycling. Meanwhile, the NDP proposes extending producer responsibilities to the disposal of e-waste. Both the Liberals and the NDP commit to removing regulations that prevent the repair of electronic products by the manufacturer.

All parties also took positions on how to bring Canada’s plastics economy more in line with ecological limits, an area of rigorous research focus for Smart Prosperity Institute.

Both the Conservatives, and the NDP commit to banning the export of plastic waste. The NDP platform also promises to ban single-use plastics, while including a transition plan for affected workers in the plastics sector.  Additionally, the NDP also proposes extending producer responsibility of plastic products and diverting waste to the production of alternative fuels.

The Liberal platform calls for a ban on harmful single-use plastics, however no mention as to whether this will be extended beyond the 6 plastic items (straws, grocery bags, stir sticks, six pack rings, cutlery, and certain foodware) already marked for a ban by the end of year.

The Liberal party has set a new commitment that would launch a $100 million fund to scale up firms that specialize in plastic management solutions. The Liberals have also set a target that all plastic packaging sold in Canada must contain 50% recycled materials by 2030.  Additionally, the party has promised to phase out of the currently used recycling labeling system for plastic products, and implement a requirement that to be considered “recyclable” in Canada, a plastic product would have to be accepted at 80% of domestic recycling facilities.

The Conservatives commit to increasing resource recovery from plastics in the form of clean energy and capturing valuable by-products.

The transition to a clean economy provides both threats and opportunities to different sectors, workers, and social groups. Smart Prosperity Institute has surveyed how different parties address distributional impacts and risks associated with decarbonization and the greening of the economy, especially their stances on equity, ensuring that workers in decarbonizing industries don’t bear the brunt of climate policies, and environmental justice.

The Liberal platform makes explicit reference to just transitions. They promise to create a $2 billion fund for carbon intensive provinces to decarbonize, specifically Alberta, Saskatchewan, and Newfoundland and Labrador. Particularly important is the promise to table a Just Transition legislation, and to launch a training initiative for workers in affected industries to transition to cleaner sectors. The NDP promises to eliminate fossil fuel subsidies and to redirect these funds to low-carbon initiatives to ensure employment for “working people” in all regions, but beyond this, little reference is made for affected workers in the oil and gas industry. Meanwhile, the Conservative platform includes no language pertaining to a “Just Transition” or details on how a Conservative government would support workers in transition.

In terms of environmental justice - the idea that minority social groups and low-income communities are disproportionately vulnerable to environmental hazards and that equity needs to be acknowledged and addressed in environmental policies - there are striking disparities across the parties.

Although the Liberal party indicates that legislation regarding just transitions will be guided by consultations and feedback from affected workers, no further references to issues of environmental justice and equity were present in the platform.

The Conservatives emphasize the importance of encouraging Indigenous communities and resource development companies to work together by pledging a $10 million grant per year to organizations that foster this type of collaboration and partnerships. It also pledged the creation of a Canadian Indigenous Enterprise Corporation to stimulate partnerships with First Nations and Indigenous groups in respect to the development of natural resources.  However, they also propose to pass the Critical Infrastructure Protection Act, which would prevent protestors from blocking key infrastructure, and could criminalize certain forms of environmental activism.

The NDP proposes a people-centred approach to climate policy, placing reconciliation at the heart of their climate plan. They commit to create an Office of Environmental Justice and to ensure that climate investments have the triple purpose of protecting the environment, reducing inequalities, and reconciling with Indigenous peoples. The idea is to place Indigenous communities as equal partners in the design and implementation of climate policies, not just consultants.

Now is the decade of decision. Commitments made by Canada now will echo through the decades and determine if our country can do its part to reach global net-zero emissions by 2050. A future of green growth is Canada’s to create. However, it will require bold leadership and innovative ideas from across the political spectrum. Smart Prosperity Institute looks forward to working with all parties in whatever government is formed, and in the opposition, to build and implement the policies required to enable a prosperous economy, foster well-being, and tackle the climate crisis.