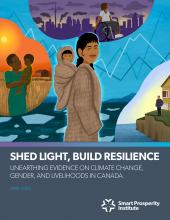 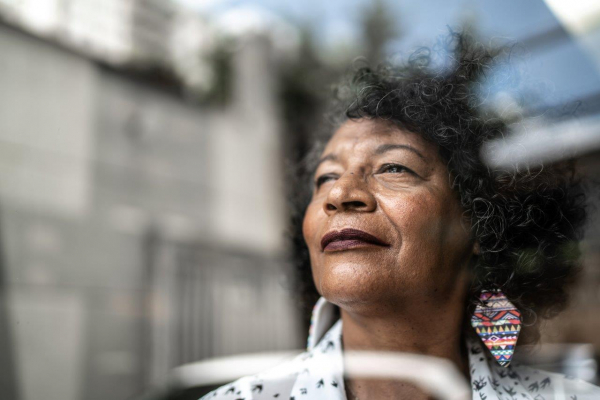 Looking at the gendered implications of climate change in Canada through an intersectional lens. 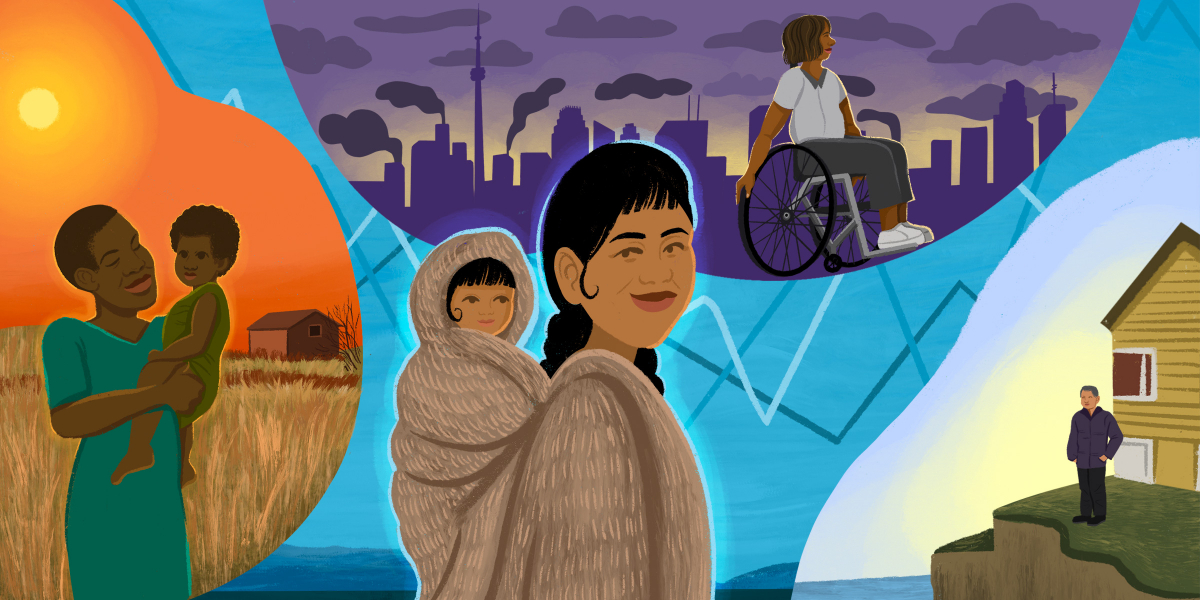 Climate change affects everybody and will only intensify in the coming years; however, it does not impact all people equally. Existing research around equity and climate change focuses predominantly on Global South contexts, while evidence relevant to the Canadian experience remains sparse. Closing this knowledge gap is critical to helping us first understand, and then address, the unique experiences of at-risk groups in a changing climate. In particular, further research is needed to better understand the manner in which different groups are exposed, impacted by, and able to cope with climate risks in Canada.

This report is the first in a pair of reports that constitute the Shed Light, Build Resilience series that synthesize the most recent evidence available at the nexus between climate change and gender, with a particular focus on identifying intersectional implications of climate change for diverse groups in Canada. While the understanding of the nexus between gender and climate change in Canada has come a long way in the past decade, intersectional accounts remain sparse and scarce – gaps which this series seeks to address.

In this first report, evidence is unearthed to answer a vital question: What are the gendered and intersectional impacts of climate change on livelihoods in Canada? To address this question, the report examines health, food security, work, housing, and migration and displacement in a changing climate. Each of these focus areas are explored respectively in Arctic, rural, coastal, and urban communities. While the report examines these distinct contexts, it is critical that issues are not isolated from one another with piecemeal approaches, but rather that they are seen and treated as interconnected, demanding systemic solutions.

However, key gaps remain and research into the gendered and intersectional implications of climate change in Canada requires both further study and prioritization.

In light of the evidence illuminated in this report, the key takeaways above are offered to guide future work on the gendered and intersectional impacts of climate change in the Canadian context. Recognizing the current dearth of information and the need for rigorous research at the nexus of gender, intersectionality, and climate change, this report brings together the best available evidence to inform the design of inclusive climate adaptation efforts and to improve the resilience of communities and equity-deserving groups. The evidence accordingly allows for better foresight exercises as it sheds light on how problems can evolve in a changing climate, while enabling communities, practitioners, and policymakers to reduce detrimental  consequences of climate change and anticipate, prepare, and build resilience to meet future challenges.