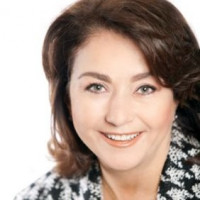 Former Secretary of the Treasury Board, Government of Canada

Accomplished public servant Yaprak Baltacıoğlu graduated with a master’s degree from Carleton’s School of Public Administration in 1989. She was appointed Secretary of the Treasury Board in 2012.

In these roles, she provided advice and support to the prime minister and cabinet on the full range of government operations and domestic policy issues.

Since joining the public service in 1989, Baltacıoğlu has also worked at the Public Service Commission of Canada and Environment Canada, the latter as both Director General for Strategic Policy and International Relations.

She obtained a Bachelor of Law degree from Istanbul University.