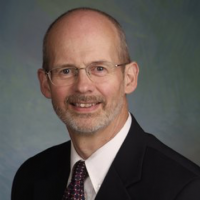 Dr. Thomas Pedersen was appointed Executive Director of the Pacific Institute for Climate Solutions at the University of Victoria in 2009. His previous positions included Dean of Science (2003-2009), Professor of Oceanography and Director of the School of Earth and Ocean Sciences at the University of Victoria (2002-2003), and Associate Dean, Research for the Faculty of Graduate Studies at the University of British Columbia (2000-mid2002). Pedersen holds a degree in geology from UBC and a PhD in marine geochemistry from the University of Edinburgh. He is a fellow of the Royal Society of Canada and of the American Geophysical Union. He is an internationally recognized authority on ocean chemistry, has published extensively in the field of paleoceanography, and has longstanding interests in climate change issues and the application of government policy to climate-change mitigation and adaptation.