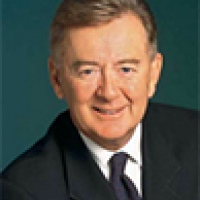 He founded two new political parties: the Reform Party of Canada and the Canadian Reform Conservative Alliance, both of which became the official Opposition in the Canadian Parliament. Mr. Manning served as Leader of the Opposition from 1997 to 2000. In 2007 he was made a Companion of the Order ofCanada. Since retirement from Parliament in 2002, Mr. Manning has served as a Senior Fellow of the Canada West Foundation and as a Distinguished Visitor at the University of Calgary and University of Toronto. He is a member of the Institute of Corporate Directors and is an Institute Certified Corporate Director. Mr. Manning is currently a Senior Fellow of the Fraser Institute and President and CEO of the Manning Centre for Building Democracy.