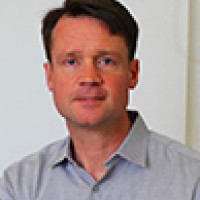 Mark Cameron has over 15 years experience working in government, consulting, and industry, with a focus on public policy.

Mark has worked for several MPs and cabinet ministers, including the Hon. David Anderson and the Hon. Stephane Dion and in the Privy Council Office, and also worked as federal director of the High Park Group, a consultancy with a focus on environmental and energy policy. From 2006 to 2009 he served as Director of Policy and Research and Senior Policy Advisor to the Prime Minister of Canada, the Rt. Hon Stephen Harper. He later worked for Ontario Power Generation as Director, Corporate Affairs and recently joined Research In Motion as Director, Global Public Policy. Educated at McGill University and the University of British Columbia, Mark holds a BA (Hons.) and MA in Political Science from UBC. Mark also serves on the Boards of the Canadian-American Business Council, the Canada-India Business Council, and the Advisory Committees of the Pembina Institute and the Munk Debates.