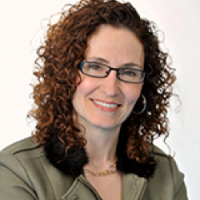 Professor and Tier I Canada Research Chair on Creation, development and commercialisation of innovation at École Polytechnique de Montréal

Catherine Beaudry, Rhodes Scholar, has a Ph.D. in economics from the University of Oxford where she also obtained an M.Phil. in economics. From her first degree in electrical engineering specialised in satellite technology, she has kept a strong interest on technology, science and innovation. She is a professor at the Mathematics and Industrial Engineering Department of École Polytechnique de Montréal where she also holds a Tier I Canada Research Chair on the Creation, development and commercialisation of innovation. In addition, she is an adjunct professor at Université du Québec à Montréal (UQAM), a member of the Centre for interuniversity research on science and technology (CIRST), a fellow at the Centre for interuniversity research and analysis of organization (CIRANO) and a founding member of the Global Young Academy (GYA). In 2009, she was selected as an Outstanding Young Scientist by the InterAcademy Panel (IAP) to participate to the World Economic Forum in Dalian China. She is a principal investigator on a number of grants and is responsible for the Innovation group of the CIRST and for the Governance group of the Nanotechnology Ethical, Environmental, Economic, Legal and Social (NE3LS) Network in Quebec. Her current research focuses on open innovation in the aerospace industry, on the impact of university funded research in biotechnology and nanotechnology as well as on the commercialisation of nanotechnology. In addition, her main research interests are the analysis of innovation networks, collaboration, partnerships and alliances, industrial clusters, and how they influence innovative firm performance and survival. As such, she is interested in the interaction between clusters, regional systems of innovation and networks. Her expertise is the economics of science, technology and innovation using applied econometrics for its analysis.