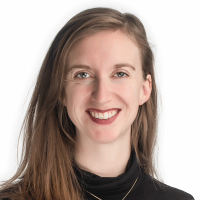 Alice Irene has been a leader and innovator in not-for-profit communication for over 10 years.  She most recently led the Public Relations and Communications team at Plan International Canada, where she oversaw a large team in securing extensive top-tier national and international coverage, and in growing Plan as a thought leader in gender equality. At Plan, she also helped lead her team the Best Canadian Campaign of the Year at the 2017 SABRE Awards in New York. She is also the Executive Director of Mother Nature Partnership, a charity that she founded that works at the intersection of gender equality and environmentalism. This work was funded through a Bill and Melinda Gates Foundation award and the Nelson Mandela and Graca Machel Innovation Award. Her work in international development communications has meant working extensively in Africa and Asia.

Alice Irene brings a wide communications skills set to SPI.  For WE Charity, she led the development, launch and marketing of an RBC- and TELUS-funded app that engaged tens of thousands of young people in social justice. She also led and executed advocacy communications and campaigns as a communications consultant for the Canadian Network for Women and Children’s Health, working with 80+ Canadian organizations and CEOs across sectors. This included leading the communications for Canadian delegations at UNGA in New York and Women Deliver in Copenhagen. She has volunteered on a Board committee for the Jane Goodall Institute of Canada and as media lead and speaker for G Day, a national rite of passage for Canadian girls. She is a published writer and photographer, and her pieces have been published in national and local publications including Policy Magazine, HuffPost, National Post and The Hill Times. She has twice been shortlisted for the prestigious CBC Literary Awards.

Having recently relocated from Toronto to Chelsea in order to be closer to nature, SPI is fortunate to have attracted such an accomplished communications professional into our issue space.