Why does decent work in the green economy matter?

If the right policies are not put in place through the green transition, we will have missed a vital economic and environmental opportunity: to draw upon the diverse skills and perspectives of all Ontarians to solve today’s pressing challenges. 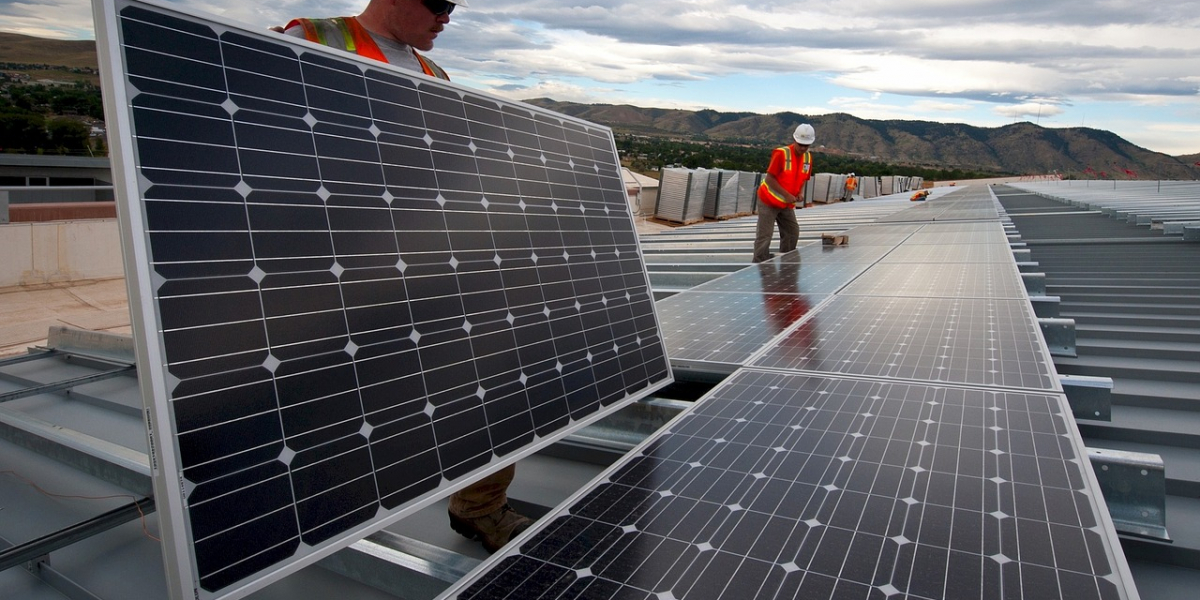 As jurisdictions like Ontario take leadership positions in the transition to a green economy, we know Ontarians will benefit from a cleaner environment, more liveable communities, better health and more economic opportunity.  Further, evidence shows that green transitions are likely to have no impact on overall employment, or even a slightly positive impact.  But what does that mean for the impact on individual Ontarians’ ability to secure (and maintain) decent work?

Over the next several months, the Mowat Centre and Smart Prosperity Institute are working together to explore issues around Decent Work in the Green Economy.  To give an idea of what’s at stake, let’s look at two hypothetical workers.

When Sam began his career at the local steel plant, his future looked bright. The hours were consistent, the pay was good, the union represented his interests, and a robust pension would be waiting come retirement.  He was good at his job and he enjoyed it. Much like his colleagues, Sam worked at the plant for decades. The stability allowed him to start a family, own a home, and become an active member in his community.

However, the plant had a poor environmental track record, using far more energy than other similar plants. When governments and businesses committed to improving their environmental performance, the owners of the steel plant knew things had to change.  They brought in energy and environmental experts who recommended a number of energy efficiency and cleantech solutions, all which would pay for themselves over time and improve the plant’s performance.

Unfortunately, these new technologies required different skills than the ones Sam had and he found himself out of work.  He began receiving EI payments, but a few weeks turned into a few months and when the payments stopped, he had no choice but to apply for social assistance instead. Sam is not alone – the firm employed a large portion of the surrounding area, and much of the community feels left behind. Sam and his old colleagues are actively seeking new work, but their skills just don’t seem relevant in this new economy. Returning to school doesn’t feel like a viable option, and opportunities to re-skill seem few and far between. In the meantime, Sam is struggling to make ends meet.

Zahra had a different experience in this transition. When she heard about governments’ and the business community’s commitments to a green economy, she feared that she might lose her job. She had spent her entire working life in the construction industry, and retrofitting buildings for better energy efficiency required skills and knowledge that were never a part of her work. She knew of few alternative career paths with her training and education, and losing this job would mean no longer being able to provide for her family.

Fortunately, the construction firm that employed Zahra committed to retaining their current workforce. The government was engaging in cost-sharing arrangements with workforce development organizations that had an expertise in carrying out skills development and training workshops for the construction industry. The firm enrolled Zahra and her colleagues in a specialized green retrofit program, which prepared them for the new type of work their firm would be doing. No lay-offs were necessary: the construction firm had a workforce that met its needs, and its employees could keep the jobs that met theirs.

The difference between Sam and Zahra’s experiences

There is a key difference between the experiences of Sam and Zahra. When Zahra’s job was at risk, there were policies in place to support a transition to a new and different way of doing business. When Sam’s job was at risk, a lack of support meant some workers were left largely on their own. If similar supports were available during Sam’s experience, the result may have been different. For example, if a dedicated Just Transition Fund had been established to flow funds towards communities or sectors facing disproportionate job loss, perhaps Sam’s company could have supported reskilling or Sam could have reconsidered returning to school and upgrading his education to prepare him for work in emerging industries.

Governments around the world are facing this challenge.  Shifting the status quo and transitioning to greener and cleaner ways of doing business is good for the economy, for the environment, and for healthy communities. In the process, work and employment will change, some industries will expand, others will contract; some workers will naturally be poised to benefit, others will not be. Disadvantaged groups who already face barriers to labour market participation and decent work – such as women, Indigenous peoples and racialized Canadians – may be further disadvantaged.

Job security and decent work are not a given – they are the product of government decision-making, social movements and individual agency. If the right policies are not put in place through the green transition, we will have missed a vital economic and environmental opportunity: to draw upon the diverse skills and perspectives of all Ontarians to solve today’s pressing challenges. As Ontario’s economy continues to change, policymakers in Ontario will need to consider what the labour market impacts of a green transition will look like, and think strategically about the types of policies, programs and practices that can be put in place to ensure decent work for all.

We invite you all to join the Mowat Centre and Smart Prosperity Institute in this conversation on decent work and the green economy that we will be having over the coming months. If you’re interested in hearing more and engaging with us in this work, please contact either Scott McFatridge (scott@smartprosperity.ca) or Jamie van Ymeren (Jamie@mowatcentre.ca).