This research takes an economic perspective on how to address the problem of Chronic Wasting Disease in wild deer populations, asking: what mechanisms may be effective in reducing CWD spread and prevalence, and what are the costs and benefits of these methods? 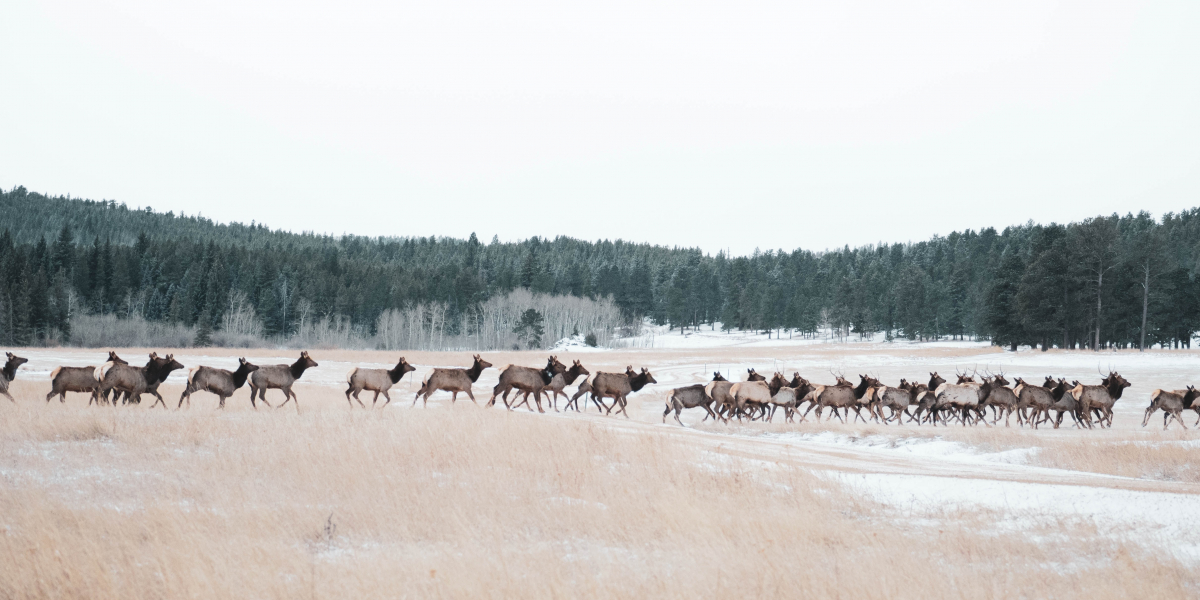 Chronic Wasting Disease (CWD) is a wildlife disease that is similar to “mad cow disease” and affects deer, elk and other cervids. In September of 2018, news stories reported that CWD was found in deer on a Quebec farm. More recently, there were additional stories concerned about the release of meat from this farm into the human consumption chain. While the story of CWD in farmed deer made the news, wild deer in Alberta and Saskatchewan have been infected with it for some time, with prevalence increasing and the disease spreading. My research takes an economic perspective on the question of how to address the problem of CWD in wild deer populations, asking: what mechanisms may be effective in reducing CWD spread and prevalence, and what are the costs and benefits of these methods?

While there is no evidence that CWD can be transmitted to humans, there are concerns about this possibility and recreational hunters are advised not to eat meat from deer harvested in infected regions until they receive test results confirming that there is no CWD present. The impact of CWD can be negative if it affects wildlife populations and may reduce hunter satisfaction because of the delays arising from testing and concerns over health risks. As CWD has various transmission routes and no vaccination is currently available, it is hard to control and is imposing challenges for wildlife managers in Alberta, Saskatchewan, Quebec and parts of the United States. The only method known to be effective in controlling CWD is to reduce the number of infected animals. Therefore, wildlife managers are interested in providing incentives to increase hunter harvests of infected animals. When receiving incentives for CWD control, recreational hunters face trade-offs between the benefits of more hunting opportunities, the costs of additional trips and harvests (e.g. storage), and the potential human health risks from the disease. This study tries to understand these trade-offs by developing an innovative economic model of hunters’ responses to CWD and incentive programs for CWD control in Alberta. By looking at recreational hunters’ trip decisions on hunting locations and time spent hunting, my research examines whether the expansion of hunting seasons is an effective non-monetary incentive program for CWD management by hunters. I have also explored other incentive programs including monetary payments and donations.

The findings from this research have direct implications for policymakers in Alberta. This study shows that as wildlife managers in Alberta have knowledge on how CWD prevalence will increase and where it will spread to, the extended season can be used to direct hunting based on the dynamics of the CWD for disease management, without the need for additional monetary rewards or non-monetary incentives (e.g. extra hunting tags). In addition to wildlife disease management, this research has general policy implications in Canada. First, the flexible framework advises policy makers on managing natural resources and associated recreational activities by showing the importance of incorporating human behavior into natural resource management. More broadly, this research has a general application to the design of incentive programs for resource management in Canada and around the world.