For many of those who have been following Sustainable Prosperity's work, you've likely heard about our Linking Natural Capital & Productivity project. 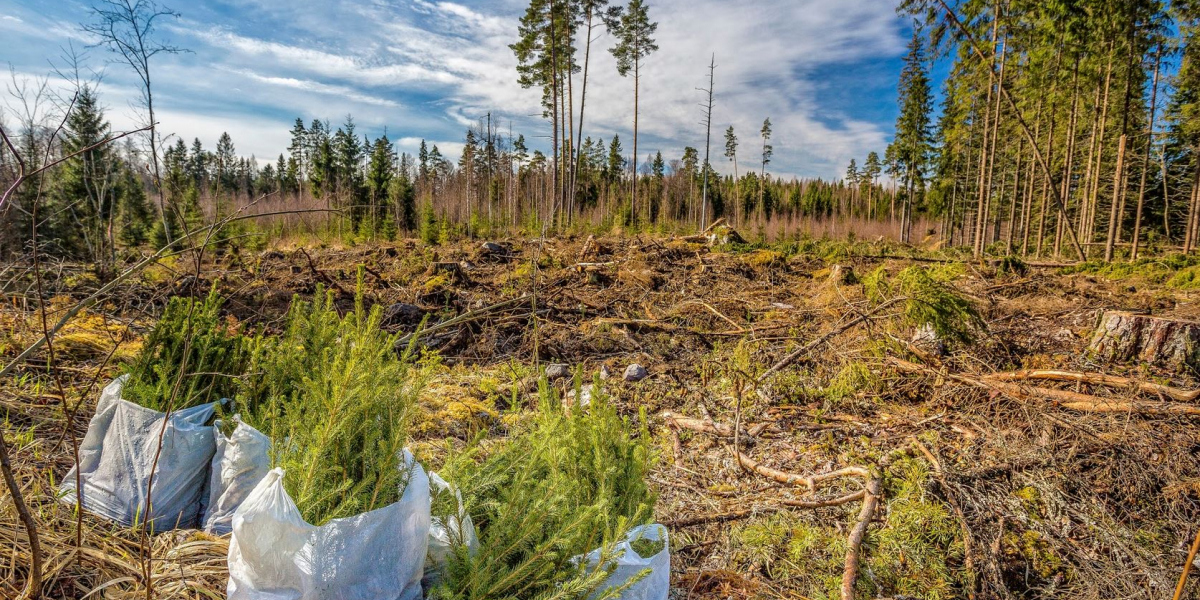 For many of those who have been following Sustainable Prosperity’s work, you’ve likely heard about our “Linking Natural Capital & Productivity” project. This project, made possible by contributions from many partners, aims to shed light on the relationship between economic activity and the environment. Specifically, we’re looking at how the ways we use and impact natural capital are (or aren’t) captured in our measures of productivity. (Our website has a nifty glossary if you’d like more background on terms like natural capital and productivity).

The challenge is that, generally, we don’t have much evidence as to whether or not we’re achieving decoupling. Fortunately, there are two recent studies that help address that evidence gap. The first looks at decoupling of economic activity relative to national greenhouse gas emissions (GHG), and the other considers how Canada’s economic activity has land-use impacts.

Study #1: Can a country decouple growth and GHGs?
A recent analysis shows there are now 21 countries that all show a trend line of GHG emissions going down while GDP goes up. Kudos to this club of 21!

One legitimate concern around decoupling analysis is that emissions may be “exported” or “leaked” to other countries when a country decouples; however, according to IEA analysis, global GHG emissions growth stalled over the past 2 years, so hopefully we’re on the verge of a global decoupling of GHG emissions.

What about Canada? Well, we’re not there yet. Recent data (GHG data from Environment and Climate Change Canada) show that Canada’s economy continues to grow, but it’s hard to say that our GHG emissions are falling – yet. We’ve seen a decline from historic highs, but over a longer time series (or alternately, over just the past few years), we can’t say that there has been a decline. New federal and provincial commitments might lead to a big downward trend in this line in the coming years. In the meantime, we can say that our GHG productivity is improving – we emit fewer GHG emissions for each unit of GDP we produce. This is a smaller but still very important step towards decoupling.

(Of course there are many other types of pollution and environmental impact where we can look for evidence of decoupling – perhaps a topic for a future blog).

Study #2: How are Canadians using land?
SP has a long history of thinking about urban form and how our land-use decisions impact our natural capital (see www.thecostofsprawl.com, for example). In March, Statistics Canada released a new report that sheds light on the question of how we’re using land in/around our urban centres. Looking from 1971 to 2011, it shows that “the total extent of built-up areas of Canadian census metropolitan areas (CMAs) was 14,546 square kilometres (km2) in 2011, up 157% from 5,651 km2 in 1971.” Toronto grew by the largest amount but Edmonton and Ottawa had the largest percentage increases. Smaller cities also saw big increases in built-up area, like Halifax and London. This shows that Canadians are converting some of the natural capital in/around our cities to built-up areas.

But are we making a smart choice in converting natural capital into built-up areas? The Statistics Canada report also gives us some information to help answer that question. First off, it shows that “from 1971 to 2011, the average CMA population density dropped from approximately 3,460 persons/km2 to close to 2,250 persons/km2, although it increased from 2001 to 2011.” So, we’re using more land but from the perspective of how many people live on that land, we’re showing a decrease in the productivity of the land.

Perhaps more importantly, in converting the land into built-up area, we’ve lost what it was used for before – and in some cases we’ve lost highly productive natural capital. “For many CMA-Es in southern Ontario, settled area expansion occurred largely on the highest quality farmland, also known as dependable agricultural land. In Toronto, London, St. Catharines–Niagara and Windsor, 85% of the land converted to settled area from 1971 to 2011 was on Class 1 to 3 agricultural land, accounting for 9% of the stock of dependable agricultural land in these CMA-Es.” It’s premature to draw conclusions about whether growing our amount of built-up land is good or bad, but it does seem to be worth questioning how we are using our land if, as it turns out, we are housing fewer people on it while losing high-quality natural capital.

So, two very different studies (and one of my own graphs) provide some insights on how we’re using our natural capital. They also provide some hope – because if we’re asking the right kinds of questions about how our economic activity and environment are linked, we are on the right path to finding ways to decouple them. We just need to ask these questions with more urgency and secure more resources for collecting data, analyzing them and feeding the findings back to decision makers. Because, as you know: