On Wednesday, June 3, Sustainable Prosperity had the honour of hosting Kristin Halvorsen, former Norwegian minister of finance and current director of CICERO, a Norwegian climate policy think-tank. Halvorsen discussed the workings of Norway’s sovereign wealth fund, as well as Norway’s 25 years of experience with a carbon tax. 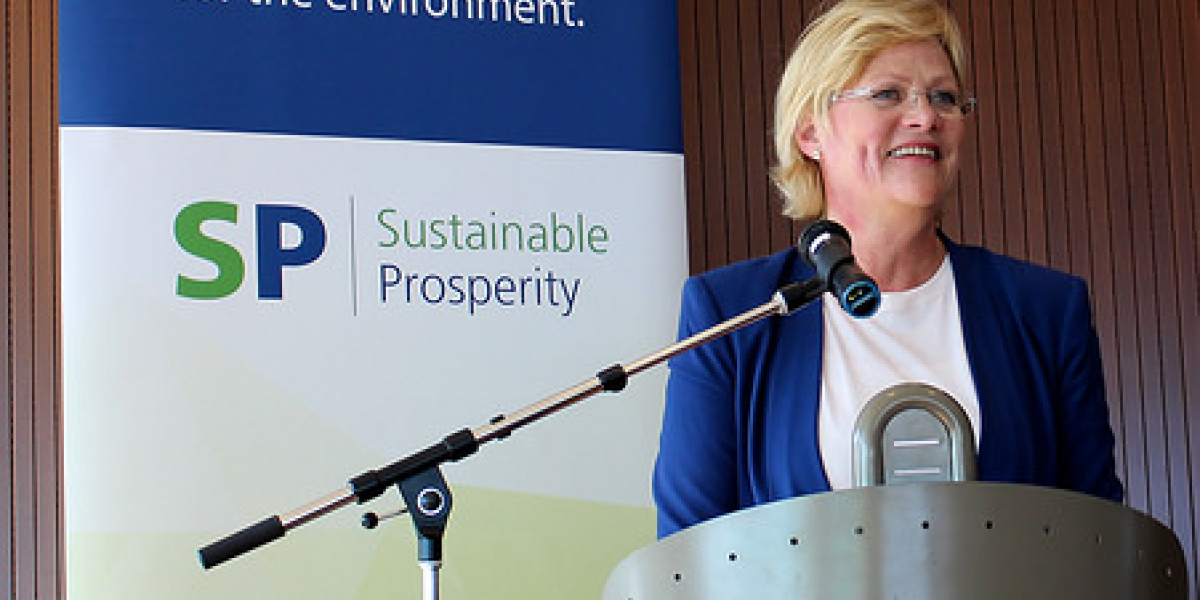 On Wednesday, June 3, Sustainable Prosperity had the honour of hosting Kristin Halvorsen, former Norwegian minister of finance and current director of CICERO, a Norwegian climate policy think-tank. Halvorsen discussed the workings of Norway’s sovereign wealth fund, as well as Norway’s 25 years of experience with a carbon tax.

Oil was discovered on the Norwegian Continental Shelf in 1969, and drilling began two years later. Oil and gas production gradually expanded to the point where energy now makes up over half of Norway’s exports, accounts for 20% of Norway’s GDP, and provides 30% of state revenues (through taxes, royalties, fees, and other revenue streams). Recognizing that the wealth from these oil fields is finite, the Norwegian government established a sovereign wealth fund in 1990. (The fund’s inception was actually inspired by Alberta’s Heritage Fund, itself created in 1976.) The fund has a dual function of ensuring that future generations of Norwegians benefit from today’s oil wealth, and shielding the Norwegian economy from overheating and energy market fluctuations.

Norway’s sovereign wealth fund, formally named the Government Pension Fund Global (GPFG), is currently worth over 1 Trillion CAD, and more than $200,000 CAD per Norwegian. The market value prediction of the fund, adjusted in real time, can be found here. The first contribution to Norway’s GPFG was not made until 1996, growing to its impressive current size in only 18 years. Most of the funds contributed to the GPFG come from the government’s petroleum revenues*, while the remainder is generated by currency fluctuations, and the return on the fund’s investments. The fund’s capital inflow is essentially all government petroleum revenue, net of what is used to balance the state budget. The large size and long time-horizon of the fund permit it to tolerate some riskier investments, allowing it to generate a stable real return on investment of 4%.

The fund has proven to be a very useful fiscal tool. Its real return of 4% is roughly equivalent to 43 Billion CAD, and covers 11% of the government’s annual budget. Spending less than the real return in bullish times allows the government to spend more than the 4% during economic downswings, such as the 2008 global financial crisis. Halvorsen said that during the financial crisis, the GPFG gave the government muscles to fight unemployment, allowing Norway to maintain the lowest unemployment rate in Europe and equipping the heavily export-reliant country to weather the crisis rather well.

As the world’s largest sovereign wealth fund, the GPFG indeed has the potential to have a significant impact on global events. With this in mind, the fund managers generally do not take majority shareholder positions in corporations or run for board positions. Halvorsen also reiterated the official government position that the fund is not a tool for achieving domestic or foreign policy goals. But there has been ongoing debate over whether the fund should be invested in unethical and environmentally harmful activity. Halvorsen has been a strong voice condemning the fund’s investment in companies that have a particularly negative impact on the environment — and it’s working. Recently, Norway’s Parliament voted to have the fund pull-out of investments in companies that derive 30%+ of their revenues from mining or burning coal. Halvorsen wants the fund to gradually pull-out of fossil fuels altogether, as eliminating coal investments is only one aspect of the carbon-based economy. She argues that this is not only environmentally responsible, but financially prudent, seeing as this is a sector that will inevitably decline in the long-term as cleaner energy becomes more abundant.

Halvorsen also discussed Norway’s carbon tax, which places one of the highest prices on carbon (approx. 70 CAD per ton) in the world. The tax was introduced in 1991, and has since been widely accepted by political parties and Norwegian voters. Quite unlike the narrative of the “Job-Killing Carbon Tax” that has plagued Canadian political debates in the not-so-distant past, Norway’s political parties representing all parts of the spectrum still argue over who should get credit for introducing the tax. Carbon prices cover roughly 80% of Norway’s economic activity, either through Norway’s tax or the EU cap and trade system.

The Carbon tax has been very successful in Norway, leading to clean innovation in the oil and gas sector, mitigating carbon emissions, and raising revenue for Norway’s government expenditures. Any excess funds from the carbon tax (and other taxes on the oil and gas sector), net of what is used to cover government expenditures, are contributed to the GPFG’s growing coffers. Halverson acknowledged that Norway’s record on climate policy is not spotless. While Norway has adopted the ambitious goal of cutting emissions by 40% on 1990 levels by 2030, their emissions in 2013 were still 3.7% above 1990 levels. Halvorsen lamented that it is difficult for a country with a dominant oil and gas industry to reduce emissions, but believes that emissions would be much higher without the tax. Carbon taxes and fees targeting consumer fuel and car sales have also been impactful, resulting in a 40% reduction in car emissions, and making Norwegians the owners of more electric cars per capita than any other country in the world (Norwegians make up less than 1% of Europe’s population, yet purchase 30% of Europe’s electric cars). Although many consumer-focussed taxes initially faced fierce public opposition, Halvorsen believes that they have contributed to a legacy of responsible consumption that has become a point of pride for Norwegians. In hindsight, Halvorsen regrets that the government had not been bolder, forcing through even more substantial taxes on fuel. Norway’s government is continuing to shift its revenue stream from traditional sources such as income and corporate tax, to green taxes.

If you’re reading this and feel a twinge of regret that you are not one of Norway’s lucky 5 million, the term for this is Norway Envy. If the feeling worsens and you start loudly complaining, this is called “Norwailing”. Obviously Canada is not Norway.** Norwegians are much more heavily taxed and have different government spending priorities. However, Canadian jurisdictions can learn 2 major lessons from Norway: discipline in saving energy (and other forms of natural) wealth, and perseverance in passing ambitious legislation in the face of short-lived public opposition. If Canada and its provinces emulate Norway in these two respects, our natural capital could start paying dividends.

** For one, our curlers don’t wear pyjamas: http://www.nytimes.com/2014/01/22/sports/olympics/norwegian-curlers-are-back-and-so-are-their-pants.html?_r=0