If you teach a policy maker to (account for) fish: Looking at natural capital issues and management in Thailand’s fishing sector

One of the main questions the Natural Capital and Productivity project seeks to answer is ‘what might Canada do better, in order to improve its economic and environmental performance’? 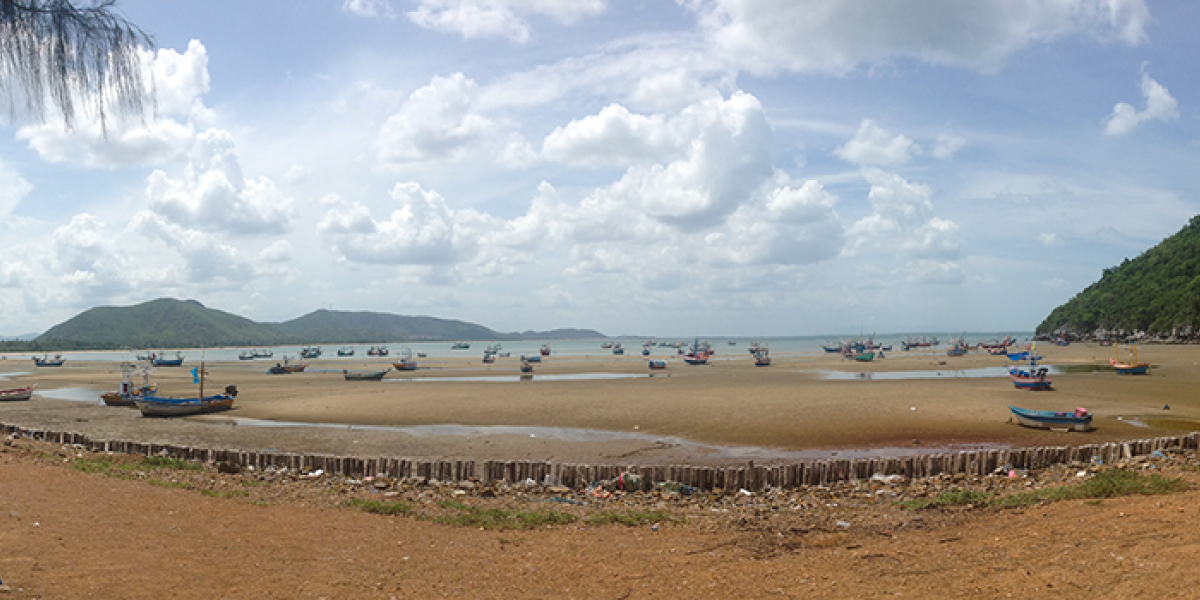 One of the main questions the Natural Capital and Productivity project seeks to answer is ‘what might Canada do better, in order to improve its economic and environmental performance’? (Learn more about the rationale for the project here) While that project looks specifically at the question through the lens of the forest products sector in Canada, this is a question relevant to all forms of natural capital and all countries, particularly those countries dependent on renewable and/or non-renewable resources.

To take a case in point, Thailand – much like Canada – depends on natural capital for economic survival and growth; over the 2010-2014 period the agricultural sector alone comprised 11.6% of the country’s GDP.1 Yet – again, similar to Canada – Thailand has failed to fully capture the value of its natural capital, including both natural resources and ecosystem services.

Having recently spent four months in Thailand collecting data on small-scale fisheries to inform my Masters thesis, I have come to see what this means (within this one context) in terms of sustainability – both economic and environmental.

As the fourteenth largest producer and third largest exporter of fish in the world, Thailand’s fishing sector provides direct and indirect employment to approximately 2 million people and in 2008 made up 1.2% of national GDP. 2

While the benefits of this economic activity have been very important to Thailand, there has been a downside. Years of overfishing and environmental degradation due to the use of destructive fishing gear have resulted in depleted fish stocks in both the Gulf of Thailand and the Andaman Sea, threatening the ability of this natural capital to provide the same flow of value into the future.

In many ways, figuring out how to sustainably manage natural capital is even more challenging for countries like Thailand -- where capacity to properly govern resources systems is lacking and management practices such certification are (often) non-existent – than for countries like Canada.

At the same time, there’s an even greater reason for countries like Thailand to try to get natural capital management right – countries that rely on natural capital for larger shares of their economic activity have more to lose if they mismanage it (and on the flip side, they can gain a lot if they manage it well).

The Linking Natural Capital & Productivity project makes the case for good metrics and measurement. In theory, that principle is no different in Canada or Thailand. In practice, there are potential difficulties valuing nature when data on input and outputs cannot be fully quantified, as is the case in Thailand’s fishing sector, where there is an entire ‘ghost industry’3 operating within the large-scale fisheries and data on catches landed by small-scale fishers (i.e. those operating a vessel with a gross tonnage less than 10) are largely fabricated.4 Rather than excuses to not take on this big challenge, this reinforces the need to get good data on economic activity and the adverse impacts economic activities have on natural capital.

Having spent a great deal of my spare time with small-scale fishers and their families in one village I firmly believe that the need to pay closer attention to the way we interact with our environment is as much a moral imperative as it is an economic and environmental one. While not the poorest of the poor, these families depend on the health and future sustainability of the fisheries; so much so that one participant said: “if [I am] lucky then [I] can catch a lot, but even if [my] catch is not enough to sell [I] can still eat it and support [my] family”. It is for this reason that I witnessed fishers spending (arguably) more time on land than sea, engaging in dialogue with the local resource governance institutions, and organizing activism activities to better protect their fisheries.

If policy makers and other decision makers in local communities and at various levels of business and government had access to better information about how our economic activities are influencing nature, we’d have more of the tools needed to ensure sustainable management. As the saying goes, if you teach someone to fish, you feed him/her for a lifetime. Perhaps there should be a similar line -- If you teach a policy maker to account for fish, you ensure the fishery will last beyond his/her lifetime.

3Thailand’s “ghost fishing industry” is a reference to those unregistered fishing boats operating in Thai and international waters. An article from 2014 published by The Guardian claims these boats “make up as much as half of Thailand’s true fishing fleet, according to a 2011 International Organisation for Migration report” (For more, see: http://www.theguardian.com/global-development/2014/jun/10/-sp-migrant-workers-new-life-enslaved-thai-fishing)

4In an effort to verify information obtained from local fishers during key informant interviews and focus groups I approached the provincial Department of Fisheries office asking to see catch data for small-scale fisheries in the area. I was told that they did not have the data I was looking for at the provincial level, largely because small-scale fishers are not required to keep track of their landings. I went on to ask the Head of Regional Fisheries Office at Food and Agriculture Organization (FAO) a similar question, and was told that FAO reports are based on ‘aggregated data’ submitted by the Department of Fisheries headquarters in Bangkok; a contact at Southeast Asian Fisheries Development Centre (SEAFDEC) suggested much of this aggregated catch data is extrapolated.