Canada is on track to achieve a national GHG target. No, really.

The latest GHG projection from Environment and Climate Change Canada shows Canada is on track to meet or exceed the target of 90% non-emitting electricity generation by 2030. 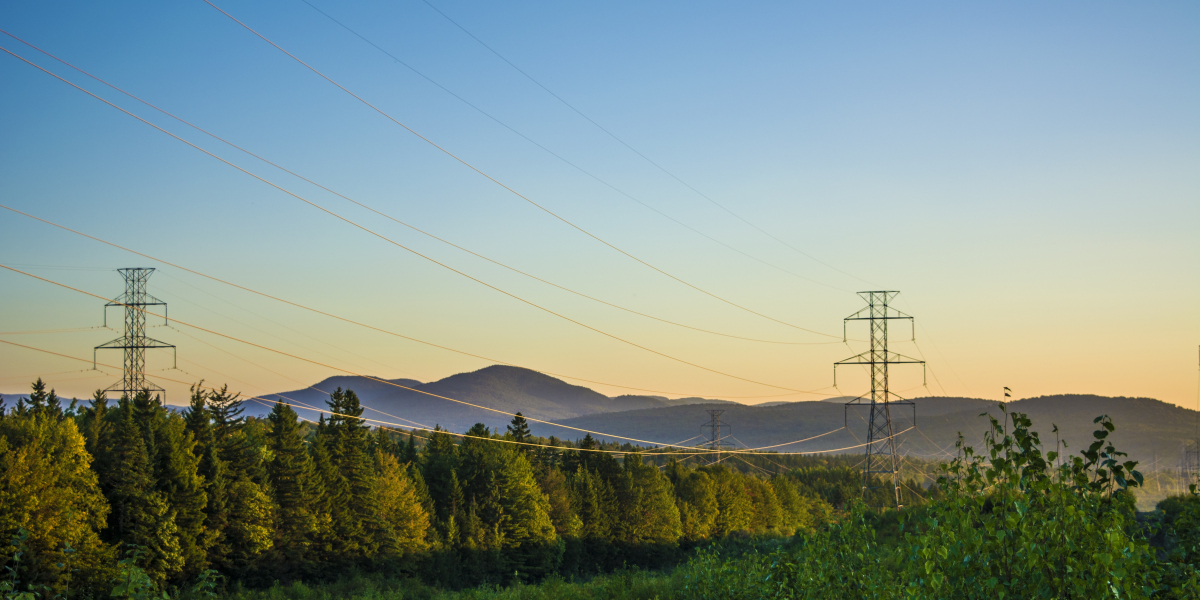 It is national sport to complain about Canada’s carbon policy failures. It’s no wonder with national plan after national plan failing to rein in rising GHGs as national targets fall by the wayside. Rio, Kyoto, and now Copenhagen are all GHG targets lost. Even now, with the federation implementing loads of climate policy that has materially bent downward Canada’s emissions curve, there is still much bemoaning the projected 2030 emissions gap.

While many are familiar with our 2030 commitment under the Paris Agreement to reduce GHGs to 511 Mt by 2030, and now net-zero by 2050, the federal government has just one other national GHG commitment – to generate 90% of our utility electricity from non-emitting sources by 2030. This target builds on a commitment by Prime Minister Harper to achieve the 90% objective by 2020.

Now, the latest GHG projection from Environment and Climate Change Canada (ECCC) shows Canada is on track to meet or exceed the target of 90% non-emitting electricity generation by 2030. Really.

Just last year, the 90% non-emitting target looked unattainable because the emission projection to 2030 indicated that Canada was on track to generate about 85% of its electricity from non-emitting sources. This shortfall looked persistent despite strong GHG reducing federal and provincial policies including a coal phase-out by 2030 in Alberta and nationally by 2030, carbon pricing for electricity under the federal carbon pricing backstop, and renewable subsidies in many jurisdictions. These policies build on significant efforts since 2005, notably in Ontario and Nova Scotia, when the share of non-emitting electricity nationally was 61%. 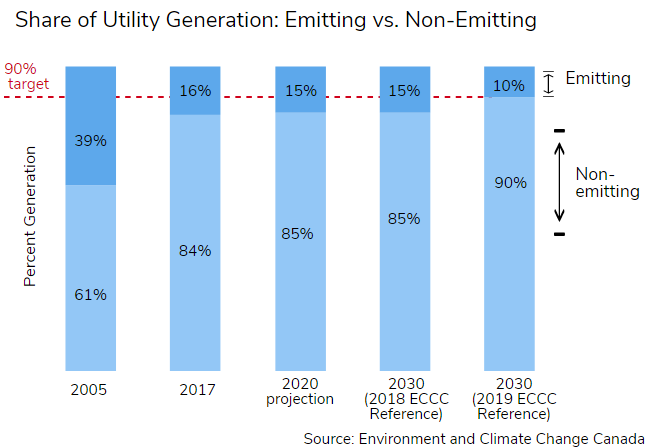 In this year’s emission projection, the share of non-emitting renewable generation hits 90% in 2030 in the ECCC Reference Case, a scenario that reflects current measures that have tangible implementation plans. The 90% target is then exceeded in the “With Additional Measures” Case that includes announced policy that is likely but missing specific implementation plans, such as published regulations.  For example, the federal Clean Fuel Standard is not included in the Reference Case but is included in the With Additional Measures Case.

With these additions to the latest ECCC Reference Case, the 2019 projection for generation by natural gas-fired utilities (i.e. excluding industrial generation) is down 40% from 2018. Filling the gap is large hydro, which indicates the interties into Alberta and Saskatchewan from the hydro rich provinces of B.C. and Manitoba are a big deal.  It is also no surprise that other renewables lose market share as more low-cost hydro becomes available and lower overall demand for utility-generated electricity increases competition between generation types. 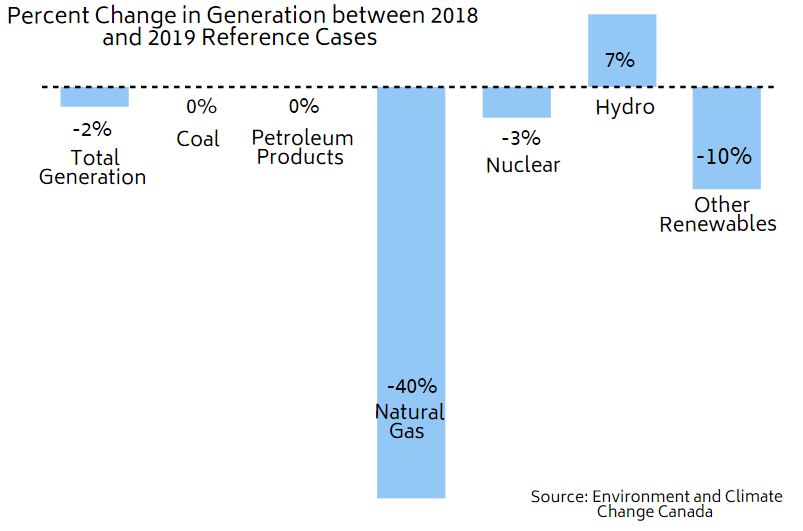 The federation is at work on some serious decarbonisation in the electricity sector. Emissions from fossil generation are now forecast in the Reference Case to be 24 Mt in 2030, down 80% from the 2005 level of 119 Mt. Canada’s electricity sector is now trending towards net-zero territory. And that folks, is a big deal and a big win for policy and technology innovation within Canada.

Governance matters on the road to net-zero

Still, it’s perplexing that the big win is buried on page 144 of a technical document submitted to the UNFCCC.  In an era of increasing carbon policy across the federation, there are big concerns over policy interactions that lead to efficiency and effectiveness risks.  These risks become more acute as more policy asks for more effort aligned with the deep net-zero 2050 target. If we can’t recognize big carbon policy wins, can we recognize big carbon policy losses?  Governance matters, and we need to take stock of policy outcomes and adjust as we go. Otherwise, net-zero will just be another GHG target lost. 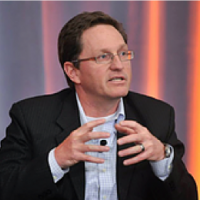