Canada will need to grow its clean economy in the coming years. To do so, it will need to build more housing and improve affordability. 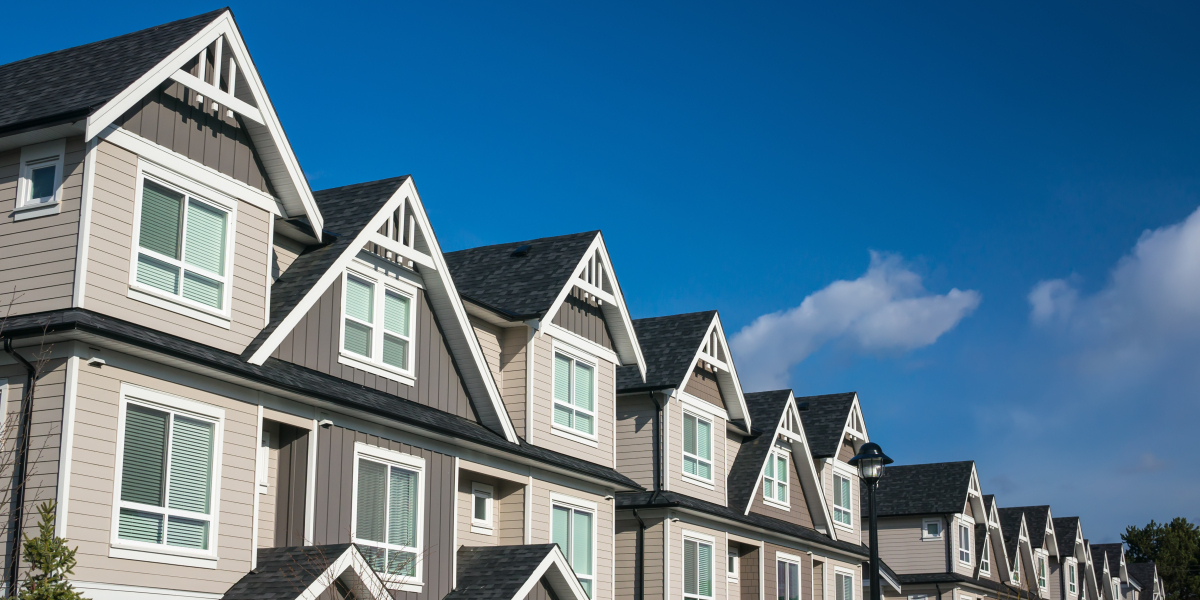 By John McNally and Mike Moffatt

Canada’s fight against climate change - both in reducing emissions and adapting to disasters - will require billions in investments, and will create jobs in communities across the country. But for Canadian clean technology companies to succeed at growing and exporting to new markets, they need access to local, industry-specific talent. People with the right skills for the job, in turn, need to be able to afford to live in the cities where jobs are being created.

As Canada looks to remain a premier destination for clean technology company growth, it needs to reckon with the primary barrier to affordability in its cities: a lack of affordable housing. Planning and zoning reform that allows for the construction of enough housing units to meet demand is urgently needed if Canada wants to grow its clean economy and meet its climate targets.

A house is more than a home

Canada’s lack of affordable housing poses a series of challenges for regional economies. First, it has a material cost on the economy. A report by Toronto Region Board of Trade identified that the housing affordability crisis was costing the Greater Toronto Area economy between $5.88 billion to $7.98 billion each year. Second, it may negatively impact Canada’s ability to meet its climate targets if it prevents workers from being able to access the jobs that will be created through decarbonization. This will both worsen existing labour and skills shortages, and impede Canada’s progress in combating climate change.

These two macro-issues combine to create uncertainty for clean technology entrepreneurs wanting to grow their companies or invest in their operations in Canada. A critical challenge for growing the Canadian clean economy is supporting the growth of “scale-ups” or high-growth firms: clean technology companies that are growing in size, hiring more people, and increasing both sales volumes and profits.

Ideally, clean economy companies founded in Canada would scale their operations in Canada, creating jobs and tax revenues for Canadian governments. Unfortunately, this is not happening. There are a number of reasons for this, including access to growth capital and a lacklustre history of capitalizing on maximizing the value of intellectual property generated in Canada. However, attractiveness for investment has as much to do with the economy that companies are trying to grow in as the companies themselves - and Canada’s economy has faced skilled labour shortages for quite some time, as well as recently. 8 of 10 Canadian manufacturers cited skilled labour shortages as a barrier to growth in 2020. In June 2021, 41% of small businesses identified a lack of skilled labour as a limit to growing their operations.

One reason for skilled labour shortages? A lack of affordable housing in cities. Our upcoming research - which will be released this fall and which was undertaken with the Toronto Region Board of Trade - shows that average costs of living for housing in the Greater Toronto and Hamilton Area (GTHA) often exceeds affordability thresholds for what clean technology companies offer in terms of salaries. This decreases the attractiveness of growing a company in the GTHA, where this issue is unlikely to improve without serious effort to build and develop more housing. It also exacerbates a number of other issues, such as outward migration, increased turnover for businesses, and productivity losses from longer commutes. And this is not an issue isolated to the GTHA, as housing shortages and astronomical housing prices are occurring in many of Canada’s mid-sized and larger cities.

This is a real problem - for the economy and the climate

A lack of affordable housing has a number of consequences on the clean growth agenda. First, it diminishes the attractiveness of setting up, or scaling, a clean technology company in Canada. Growing Canada’s clean economy requires skilled labour since clean technology companies are often operating on the cutting edge of innovation, and they need talent and know-how to succeed. Growing in a market that is facing talent shortages, in part due to the fact that people struggle to afford to earn enough to pay for housing, is a much more difficult task than growing in a region with affordable housing.

Second, it can, and likely will, reduce the ability to meet national targets of reducing GHGs and adapting to climate impacts. We have talked about this before: if no one can afford to own a home in the country’s most vibrant talent clusters, that will make skilled labour market shortages worse for companies who need access to talent to grow. The reason for this is incredibly simple: workers are people, and people need to live somewhere, and they will only live in places where they can afford to live.

Canada’s lack of affordable housing is a labour market issue, and one that will negatively impact the growth of the country’s clean economy. The solution? Build more housing, specifically climate-friendly, family-friendly housing. That is easier said than done, but boosting the supply of homes is the only sustainable, long-term solution to driving down housing affordability across the entire market.

One barrier holding back housing development in the province is planning and zoning policies across the country’s urban centres. A 2018 assessment by the CD Howe Institute identified that the regulatory burden for new construction in Ontario municipalities ranged from $45,000 per unit to over $100,000. These added costs, some of which are a result of excessive regulation, limit new housing developments and decrease the affordability of new units.

Effective planning and zoning reforms, aimed at overcoming these barriers, are critical for helping Canadian companies build the products and services the country needs to advance its clean growth agenda. Targeted planning and zoning reforms would make it easier for firms (and industries) to attract and retain the talent needed to allow for scaling up. This would both be international talent, as well as domestic talent that has been ‘priced out’ of our largest markets. More housing supply would increase domestic labour mobility, allowing people to migrate to where the opportunities are, and ensuring that those already in those markets would not be forced to migrate away due to a lack of housing.

Canada is increasingly reckoning with the reality that one of its primary obstacles to growing its economy and meeting its climate change targets is itself: that is, the nation’s own suite of overlapping policies and programs that limit the economic dynamism and performance we need to succeed in our grander ambitions of sustainable prosperity. Housing policies which reduce the number of families that can live in our most economically dynamic cities are a prime example. All levels of government need to begin treating a lack of affordable housing as a labour market issue, and recognize the cost that unaffordable housing imposes on clean technology companies looking to grow. If they do this, then building more housing becomes a logical solution to supporting Canadian clean technology companies’ growth, and creating more high-paying clean economy jobs in Canada. Failing to do so will require a scaling down of our climate and economic growth targets and jeopardize the well-being of future generations of Canadians.