A conversation with Katharine Hayhoe 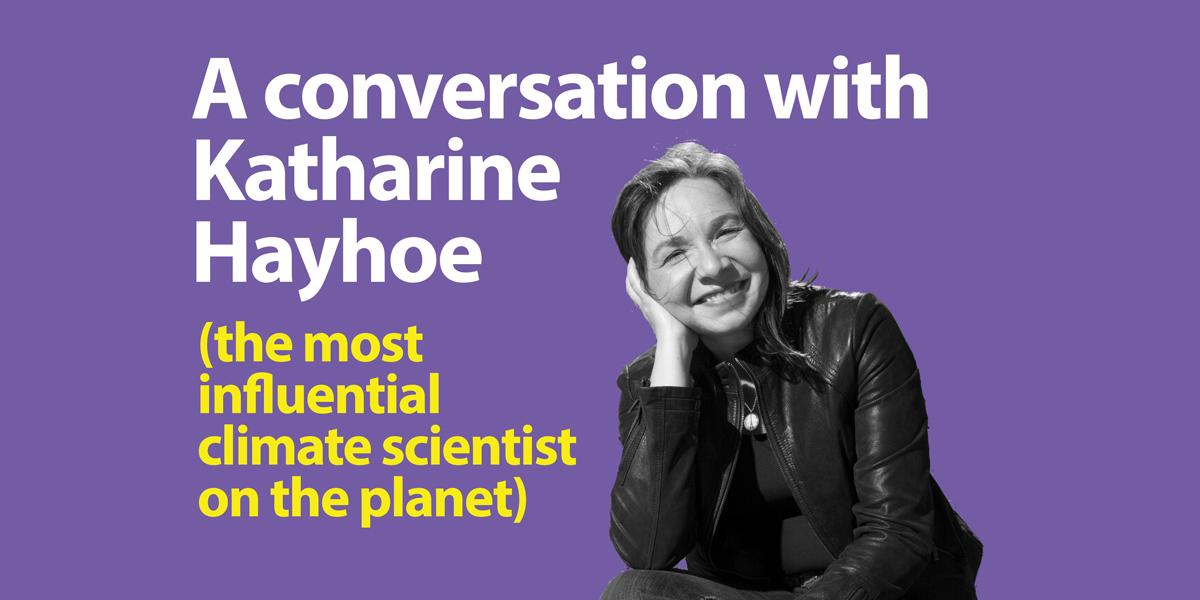 A conversation with Katharine Hayhoe
Katharine Hayhoe is the most influential climate scientist on the planet. She’s also one of the most plain-spoken and down-to-earth. On this episode, she sits down with Eric Campbell to talk about conservative America, the UN’s new climate report, her new book, and why she wants you to talk to your friends about climate change.

Guest: Katharine Hayhoe – “Most influential climate scientist on the planet”

Have feedback on this episode? Send an email to host & producer Eric Campbell or Tweet @PaperBagEric and @SP_Inst.

The views expressed on “Smart Prosperity: The Podcast” are in the spirit of sharing timely and evidence-based information and opinions on the green economy. They are not necessarily the views of Smart Prosperity Institute.

Back to Podcast Main Page