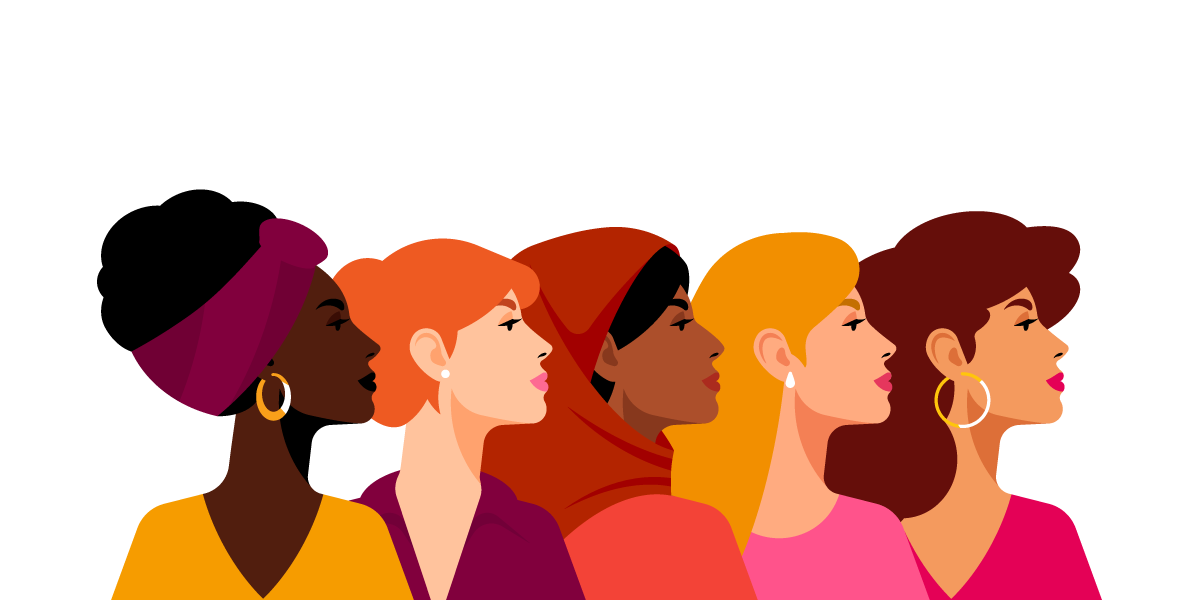 Today is an occasion to celebrate the impressive professional, educational, and many other achievements of women. In recent decades, women’s educational attainment has significantly increased, their participation in the Canadian labour force has more than tripled since the 1960s, their average personal income has increased in the last 40 years, and the gender wage gap in hourly wages has narrowed.

However, this day of celebration should also be marked with reflection. It is important to reflect that the gains outlined above have not been shared by all women, and inequity and marginalization persist across communities. It is also an important moment to acknowledge the remaining barriers women face, including to equitably accessing economic incentives and labour market opportunities. Advancing these opportunities will benefit not only women themselves, but will also support a successful green and inclusive economic recovery for the Canadian economy.

The pursuits of gender equality and economic recovery will intersect in the decades to come. Nowhere will this be as clear as in the transition to a net-zero emissions economy. This represents a significant challenge, as women face a range of gender-based inequities in sectors primed for growth in a net-zero transition, including the environmental and clean technology (ECT) sector[1].

In the years to come, Canada should seek to truly advance a transition that is just for all individuals, including women. Ongoing work at Smart Prosperity has identified five disparities that will need to be addressed in order to shape a future that is truly equitable and sustainable for all women.

1) Women are underrepresented in the environmental and clean technology sector

Despite the dramatic increase of women’s participation in the workforce throughout the 20th century, the Canadian labour market still faces a marked occupational segregation that is partially explained by gender norms and expectations. Women remain underrepresented in the ECT sectors, holding only 28.2% of ECT jobs in 2017. The underrepresentation of women persists despite an increase of women in positions of power, and more inclusive policies and training that were put in place to address an ‘old boys network’ culture that limits women’s full participation. Women also bear the primary responsibility for care and housework, facing increasing demands between family and work life. A lack of family-friendly policies have emerged as a key challenge to improving women’s representation in the clean energy sector.

Critically, women working in ECT sectors are not only underrepresented, but under-compensated. Although there has been progress in the last two decades, there continues to exist a gender wage gap, and women still earn only $0.87 for every dollar earned by men. This is even more pronounced in ECT sectors. Within environmental and clean technology industries, women earn only 70.9% of men’s average salary, despite the fact that women in the ECT sector are more likely to hold a high school diploma than men. This misalignment of credentials with compensation, coupled with a lack of representation, paints a fulsome argument that greater progress towards gender equality in the sector is sorely needed.

Women are now more likely than men to have attained a college or university qualification, but they are still less likely to hold a degree in science, technology, engineering, and mathematics (STEM). The occupational mobility of STEM graduates also differ by gender. It is estimated that, between 2006 and 2016, 34.7% of women left a STEM occupation for a non-STEM occupation, compared to 26.4% of men. Parenthood is often cited as the primary reason for this attrition, a finding echoed by a 2016 report by Engineers Canada and Geoscientists Canada that found that women often left their jobs in the STEM field following maternity or parental leave. Other reasons for disruptions in STEM careers relate to a lack of guidance, family obligations, inflexible work hours, and the general perception that STEM work environments are not conducive for women. This indicates not only the need to increase the share of women in STEM education, but also to break down various barriers in order to retain these highly educated women within STEM occupations.

Canada has favoured an immigration system based on merit-based points and credentialism. Diplomas or degrees are used as a crucial criteria to determine eligibility for immigration, even when such credentials are not immediately recognized by authoritative bodies in the host country. Despite the increasing number of immigrants with high levels of formal educational attainment, the average earnings accrued by immigrants in Canada did not increase. There is also a pronounced gap between employment rates of immigrants and Canadian-born individuals. In the ECT sector in 2017, there was a wage gap between Canadian-born and immigrant employees - $75,586 and $72,447, on average, respectively. This represented a wider gap than in 2009, when non-immigrant employees earned an average of $63,325, versus $63,440 for immigrant employees. The case of women engineers with foreign degrees is even more dramatic: in Ontario, it is estimated that half of women engineers with foreign credentials faced unemployment in 2015. These are not only worrisome trends, but they indicate an immense waste of economic potential and loss of opportunities.

Most First Nations people work full-time jobs (86.4%), but First Nations women are more likely to work in non-standard part-time employment than First Nations men, furthering their economic vulnerability. Out of total ECT jobs, only 4.6 percent were held by Indigenous people in 2017. While this data is not disaggregated for Indigenous men and women, a few initiatives are striving to increase representation of Indigenous women in clean growth jobs. The Edmonton-based Women Building Futures helps women gain trades skills, with more than 30% of their graduates being Indigenous women who now work in higher paying careers. To integrate perspectives of Indigenous women involved in renewable energy, the Indigenous Women in Renewable Energy (I-WIRE) Program brings together female graduates of the 20/20 Catalyst Program to overcome barriers to achieving Indigenous communities’ renewable energy goals.

As a recent study suggests, despite past contentious dynamics between Indigenous peoples and the renewable energy sector, Indigenous communities have been increasingly participating, mostly through partnerships, in renewable energy production. However, most of the existing projects do not involve Indigenous equity ownership. There is a lack of data on the role of Indigenous women both in the ECT sector and in these partnerships, which hinder the design of evidence-based policies and projects to improve their quality of life and the economic prosperity of their communities.

Progressing towards gender equality in the green recovery

Recent decades have ushered in progress towards gender equality, and that is a cause for celebration. However, there is still a long way to go. Inequalities persist, exacerbated by the COVID-19 pandemic, and some issues have shown little progress for gender equality in recent decades. These include some of the issues listed above and a myriad of others. One pronounced example is that greater work is needed to increase participation of trans women within STEM fields, where trans-inclusion initiatives have shown limited success in eliminating biases.

The challenges detailed above represent significant barriers to an inclusive and just transition. As Canada strives for both gender equality and reaching net-zero emissions by 2050, Smart Prosperity Institute will continue researching and recommending policies that address these significant challenges, and aim to ensure this low-carbon transition includes women and benefits all.

[1] We borrow Statistics Canada’s definition of ECT: “Environmental and clean technologies are defined as any process, product, or service that reduces environmental impacts: through environmental protection activities that prevent, reduce or eliminate pollution or any other degradation of the environment, resource management activities that result in the more efficient use of natural resources, thus safeguarding against their depletion; or the use of goods that have been adapted to be significantly less energy or resource intensive than the industry standard.” Retrieved from Statistics Canada. (2019). Environmental and Clean Technology Products Economic Account: Human resource module, 2009 to 2017. https://www150.statcan.gc.ca/n1/daily-quotidien/190819/dq190819b-eng.htm