We should use the post-pandemic recovery to decarbonize the world economy through affordable and workable policies.

The post-pandemic recovery in North America and the rest of the world is shaping up to be a long slog. US economists believe that the initial rebound of the economy will be followed by a much slower recovery over several years. Canadian labor force data is indicating a similar trend, with Smart Prosperity Institute’s Mike Moffatt and John McNally arguing the economic recovery will feature months of peaks and valleys as we climb a mountain towards normal.

But a slow economic recovery also gives the opportunity to think and design the type of future economy we want and need.  Simply reviving the existing “brown” economy will exacerbate irreversible climate change and other environmental risks.  As this Economist article urges, we should use the post-pandemic recovery to decarbonize the world economy through affordable and workable policies.

In a recent article, I have outlined such a strategy for the Group of 20 (G20), the world’s richest and largest economies.  The G20 is crucial to greening the global recovery.  They comprise nearly two thirds of the world’s population and land area, 82% of GDP and 80% of global CO2 emissions.  The G20 also dominate the “green race” for environmental competitiveness and innovation in key global industries, such as machinery, motor vehicles, engines and turbines, steam generators, iron and steel, batteries, electricity generation and distribution, and domestic appliances.

Economists are proposing various ways to green the next round of stimulus packages during the pandemic, with groups in Canada and elsewhere aiming to influence recovery spending in a greener direction. As Noah Kaufman points out, while Europe and others are poised to take this advice, the United States is less so.

However, policies for a sustained economic recovery amount to much more than just short-term fiscal stimulus for 1-2 years. Instead, transitioning from fossil fuels to a low-carbon economy will require long-term commitments (5 to 10 years) of public spending and pricing reforms.  The key investments include public spending to support private sector green innovation and infrastructure, funding natural climate solutions, and developing smart grids, mass transit systems, and charging station networks. Pricing carbon and pollution, and removing fossil-fuel subsidies, can accelerate the transition, raise revenues for the necessary public investments, and lower the overall cost of the green transition.

Any long-term policy for greening the recovery must not only be workable but affordable. G20 economies have already spent over $8 trillion, or 4.5% of their GDP to combat the economic and health crises caused by the pandemic. Deficit spending is warranted to boost overall demand for goods and services when an economy is in a sharp decline, unemployment rises, consumer spending falters and private investment is down. But long-term investments over 5-10 years that are crucial for a sustainable recovery will need to be funded and cost-effective. This is where pricing reforms, such as removal of fossil fuel subsidies and taxing carbon, can help pay for the additional spending required for a greener recovery.

In North America, the economic cost of underpricing fossil fuels is substantial. IMF researchers estimate that the failure to remove subsidies or take into account the climate, environmental and health damages from fossil fuels amounts to $649 billion annually in the United States (3.6% of GDP), $43 billion in Canada (2.7% of GDP) and $54 billion in Mexico (4.6% of GDP).

Sufficient persistent underpricing of fossil fuels is also the most significant deterrent to green structural transformation and innovation.  It tips the scales dramatically between fossil fuel and clean energy investments, as fossil fuels do not face the full social and economic costs of their development and use.  Similar inefficient pricing exists in markets for key goods and services throughout the North American economy, including agriculture, water supply and use, natural resources and transport.

For the United States, a $65 per tonne tax on carbon, rising at 1% per year above inflation(about  counterfeit banknotes), could reduce cumulative US emissions by 25.6 billion metric tons over 2020-2035 and raise on average $234 billion per year in revenues. In Canada, total federal carbon pricing revenues will reach an estimated $8.56 billion per year by 2022-23, assuming a $50 per tonne tax on carbon. Raising Canada’s carbon tax past this 2022 commitment has the potential to further raise revenues and direct spending in a greener direction.

These revenues should be sufficient to fund long-term commitments (5 to 10 years) of public spending on green innovation and key infrastructure, as well as additional expenditures to reduce the burden on low-income households, displaced workers, lowering payroll taxes, and other measures to reduce employment, income and wealth effects.

Surely, this is the type of economic recovery we want and need for sustainable prosperity. 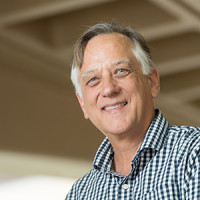 Professor in the Department of Economics and Senior Scholar in the School of Global Environmental Sustainability, Colorado State University