April 28: Five Things Happening in the Green Economy This Week 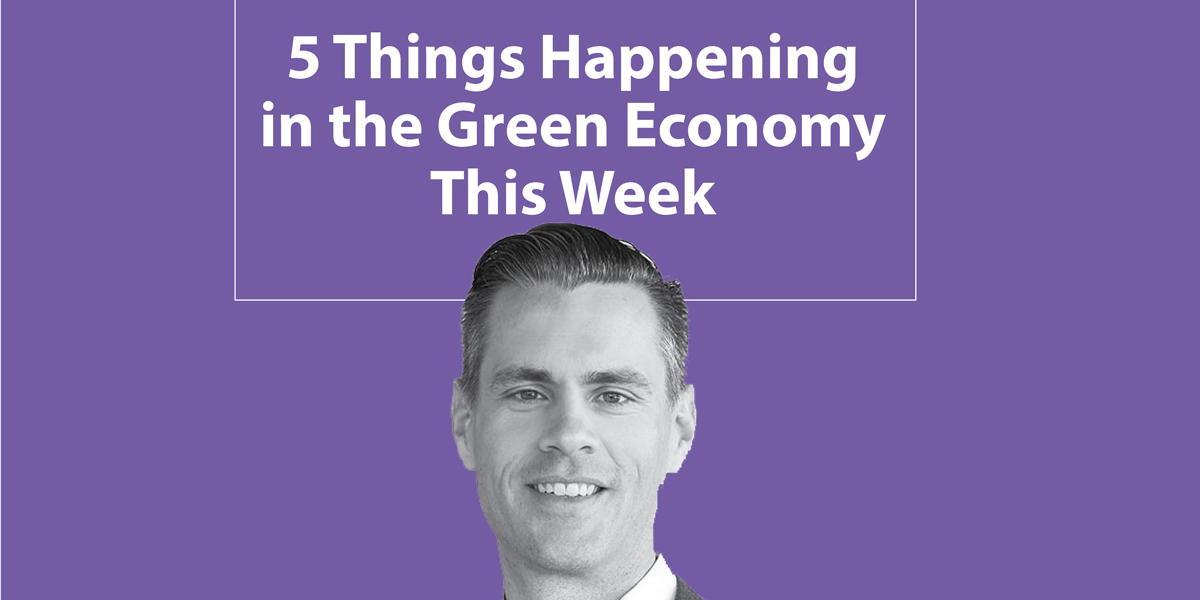 1) At a virtual climate summit hosted by U.S. President Joe Biden last week, Prime Minister Justin Trudeau has committed Canada to an even more ambitious climate goal, aiming to reduce emissions by 40 to 45 percent below 2005 levels by the year 2030, up from the previous 30 percent target.

2) Similarly, President Biden also announced a new and more ambitious climate commitment, pledging to reduce emissions at least 50 percent below 2005 levels by 2030. This is the first official American climate target since Donald Trump revoked the country’s participation in the Paris climate agreement.

3) Other promises at the summit include China committing to begin phasing out coal over the next 10 years and Brazil pledging to eliminate illegal deforestation of the Amazon, a promise that was met with “extreme skepticism” according to the NY Times.

4) Despite new climate targets, Canada’s greenhouse gas emissions have continued to rise between 2018 and 2019, according to the government’s National Inventory Report, which shows that emissions rose by 1% in 2019.

5) A group of major global banks, insurers and investment fund managers have committed to use their influence over financial markets to accelerate climate action. The new Glasgow Financial Alliance for Net Zero initiative, led by former governor of the Bank of Canada, Mark Carney, mobilizes a total of 70 trillion US dollars for a clean economy.